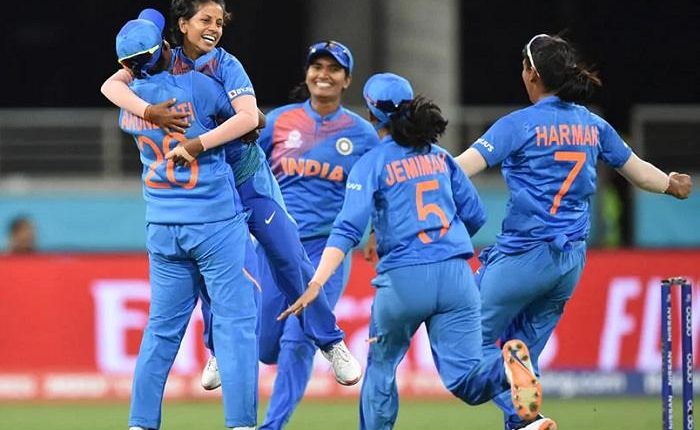 After defeating Australia and Bangladesh in the Women’s T20 world cup 2022, Indian women team has reached the final of ICC Women’s T20 World Cup 2022. The India Women to face Australia in the final cricket match on March 8 at the Melbourne Cricket Ground, Melbourne. The telecast of T20 match is starting at 12:30 PM IST and viewers can watch India Women live cricket match today on Star Sports and IND Women live streaming online on Hotstar.

In their first match of the Women’s T20 world cup 2022, the Indian team beat the defending champions Australia collectively. Women Blues then defeated Bangladesh team in the second match of the tournament. The skipper of Indian Women’s team, Harmanpreet Kaur look more confident after each match to lift the trophy of the Women’s T20 World Cup this year. The Indian women’s team is currently playing in the ICC Women’s T20 World Cup 2022 against other nine cricket teams. The tournament features two groups in which India is placed in Group A along with Australia, Bangladesh and New Zealand. The 2022 T20 World Cup is to be played from February 21 and March 8 across six venues in Australia.

If you want to catch every single cricket match of Women’s team but don’t know When and Where to watch India women’s t20 match live online and telecast on television, then here is the information.

What you do not have the Star Sports subscription? Don’t worry you can still watch the Indian women cricket match live telecast on the Doordarshan’s sports channel (DD Sports Channel).

Online users can stream the match of the Indian Women cricket on Hotstar app and website. The user will need the Hotstar subscription to catch the online cricket – VIP or Premium subscription.

Non-Hotstar subscribers still have the option to watch India Women live cricket match today on JIO TV. Cricket matches of the Indian women cricket team to telecast in both Hindi and English for the fans in the country.

Indian cricket fan in the UK has to subscribe to Sky Sports for the coverage of India Women’s live match or can watch it on online on the Sky Go app which is available on all streaming devices.

Star Sports is the broadcasting network in India and Indian Sub-Continent. Star Sports distributes the live coverage of the cricket matches to fans of the other countries through broadcast Partners:

Here is the India Women’s team squad which includes all the players who are playing currently.