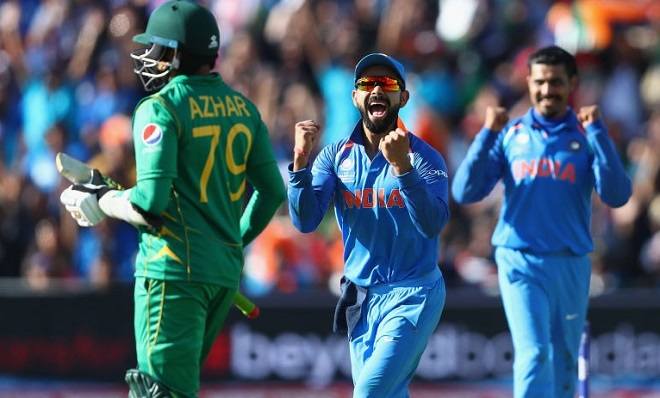 IND vs PAK Dream11 Team – Check Dream11 Team Player List, India vs Pakistan Match Prediction Dream11 Guru Tips ICC World Cup 2019: India is one of the only two teams who are still undefeated in World Cup 2019. Their 3rd match, against New Zealand on 13th of June was abandoned due to rain. In the previous 2 matches, the Indian batsmen and bowlers proved themselves.

Out of the 3 matches that they have played, India won 2. The match against New Zealand was abandoned without toss due to rain. Currently, in the World Cup 2019 Points Table, they are in the 4th position with 5 points (Net Run Rate: +0.539). Pakistan had played miserably in their 1st match of the World Cup this year. They fought a close battle with the English and the Pak bowlers were able to defend themselves. Their last match was against Australia on Wednesday, 12th June. The batsmen were unable to chase down the target.

Out of the 4 matches that they have played, Pakistan won 1 and lost 2. Their match against Sri Lanka had been abandoned without toss because of rain. In the Points Table, they are currently in the 8th position with 3 points (Net Run Rate: -1.796).

With Shikhar Dhawan being injured, KL Rahul would probably be opening the batting alongside Rohit Sharma. Vijay Shankar, the other competitor for the no.4 spot should be playing. Kul-Cha and Boom Boom Bumrah are a must for India to win.

Babar Azam and Mohammad Hafeez helped Pakistan put up a near 350 total against England. The only one in this team who has been very consistent is Mohammad Amir. In this on-going World Cup, up to now, Amir is the leading wicket-taker, with 10 wickets in 3 matches at an average of 12.30.

Arch-rivals India and Pakistan will engage in another World Cup clash. Pakistan has never won against India in the World Cup, and history would surely be repeating itself.