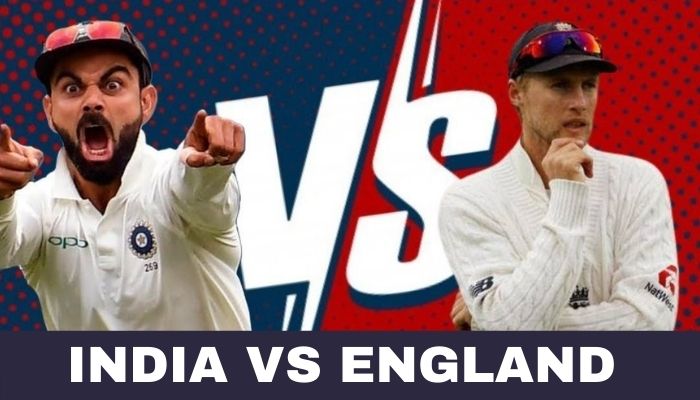 InIndia Vs England Test Series Live Streaming: When and where to watch the IND vs ENG live telecast

The Indian cricket team is scheduled to tour England for a Test series on 4 August 2022. India will play five test matches against England. India tour of England will be the first matches of the 2022-23 ICC World Test Championships. IND vs ENG Test series will live telecast exclusively on television on SONY SIX, SONY TEN 2 & SONY TEN 3. Follow the guide on how to watch an India vs England live streaming online through the SonyLIV app.

Sri Lanka won the T20I series last week and now the Indian team is in England to play the Test series. The Indian Cricket Team is staying in England for the last one month due to Covid-19 protocols after the World Test Championship played against New Zealand.

Team India will commence the five-match test series against England in the month of August. The inaugural test match will be played from 4 August to 8 August. Check out the complete schedule of the series.

Shubhman Gill, Washington Sundar and Avesh Khan were ruled out of India’s test squad due to injuries in July. Suryakumar Yadav, Prasidh Krishna and Prithvi Shaw will replace them.

Ben Stokes announced in a statement that he would be taking an indefinite break from all forms of cricket. Craig Overton will replace Stokes in the England Squad.

Virat Kohli and co. will be looking to get back to winning ways as they enter the five-match test series against England. Team India was the World Test Championship finalist but ended up losing the match against New Zealand.

India and England last faced each other in February- March when the two teams played a 4 match test series in India. India won the series 3-1.

How to Watch India tour of England 2022 Live Stream Free?

The live streaming of the India vs England Test series is available for cricket fans in India for free using the JioTV app or Airtel TV for free. You can download these apps to get live streaming action for free on your smartphones, laptops, and tablet screens.