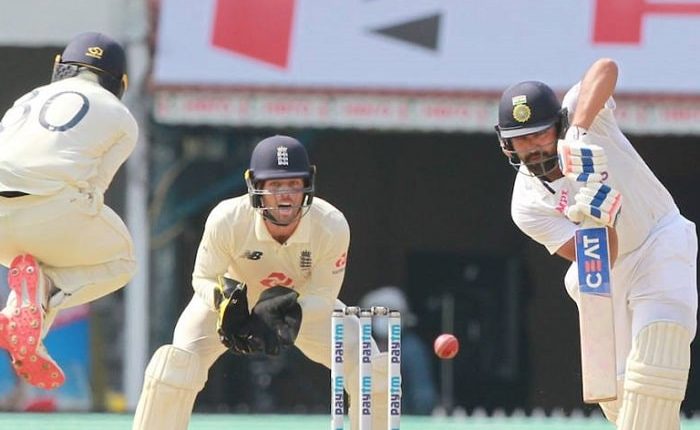 India Vs England 3rd Test Live Streaming: After securing a historic victory in the second test match at Lords, team India will be aiming to add upon their lead in the five-match test series as they enter the third test with an advantage on their side. A win in the third test will give the Indian team an extra edge in the series and keep their noses upfront.

After England and India shared the spoils in the first test, both the teams entered the second test with determination. England won the toss and asked India to bat first. India finished the first innings with 364 runs on board. Top-notch contributions from Indian openers followed by a middle-order collapse restricted India’s flow of Runs.

Jimmy Anderson continued his dominance with the ball as he picked up another fifer in the first innings. England captain Joe Root single-handedly carved the English innings as the hosts secured a 27 run lead in their first innings.

India’s second innings witnessed their two underfire players take the guard. Pujara and Ajinkya Rahane took the guard after the Indian openers departed early. Exemplary batting from India’s tail-end, especially Shami and Bumrah, took India’s total to 298-8 as India declared the innings post-tea on day Five. With only sixty overs remaining on the final day of the match, England had a mammoth task in front of them.

Team India’s intentions were clear, and Virat Kohli and co. Wanted a result from this match. English batting was shaky again as the three lions collapsed and were all out within 51 overs of play. India will look to capitalize on this win as they enter the third test match of this series.

When and Where India vs England 3rd Test Match will Take Place?

The third test match will be played at Headingly stadium at Leeds from August 25 to 29.

England has left out Dom Sibley and Zak Crawley from the test squad. Dawid Malan and Ollie Pope replace them in the team. Mark Wood suffered an injury during the second test and is a doubt. Saqib Mahmood might replace Wood if he is ruled out.

Sony Sports Network will broadcast the third match in India. Sony Six channel will broadcast in English commentary while Sony ten 3 will provide Hindi commentary. The 3rd Test between India vs England will begin at 03:30 PM IST on August 25 while the toss will take place at 3 PM IST.

Sky Sports holds the broadcasting rights of the test match in England.

India to win the third test and grab a 2-0 lead in the series.