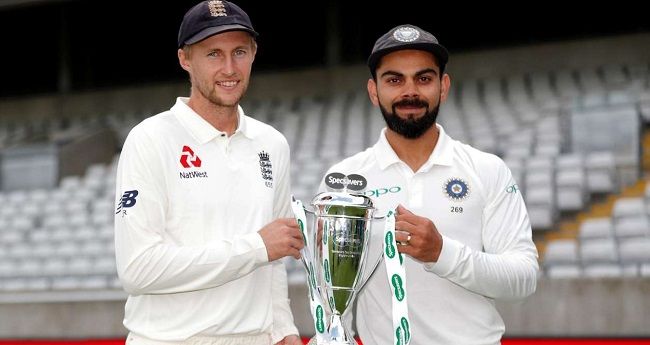 India Tour of England 2022 Schedule, Squads, Match Timings & All You Need to Know

India is all set to travel to England for a 5 test match series in January 2022 and the ECB has released the India vs England 2022 schedule and complete match fixtures. The Men in Blue will face England from August 2022 till September 2022. Here’s everything you need to know about India Tour of England 2022.

The domestic premier leagues are coming to an end where the players across borders were seen in the same kit, but now it’s time to represent the nation, and various cricket bodies are releasing their schedules for the upcoming year. Similar to BCCI, ECB also released their summer schedule for 2022.

England will be first hosting an ODI series with Sri Lanka following a short T20 series with Pakistan and ending their summer schedule with a 5 match Test tour with India. The fixtures for the latter tours have not been released but the full fixtures for India’s tour 2022 are released.

India to take on England for 5 test match tournament starting from 4th August and will go on till 14th September 2022.

The India Tour of England 2022 is part of the India cricket schedule which is set to start in August but there are chances that fans might get to see this clash a bit earlier than the scheduled dates. For those wondering how is this possible? the reason is that the ICC Test Championship which started in August 2019 will conclude in June 2022.

Shifting back the focus to the upcoming tour to England, then as per reports, the ECB is trying to get the government’s approval to bring in fans to the stadium.

The last time India went to England was back in 2018 at the same duration of the year for the same number of test matches but lost the series humiliatingly 4-1 to the hosts. Though the team would like to mark a solid impression on their turf in the upcoming tour.