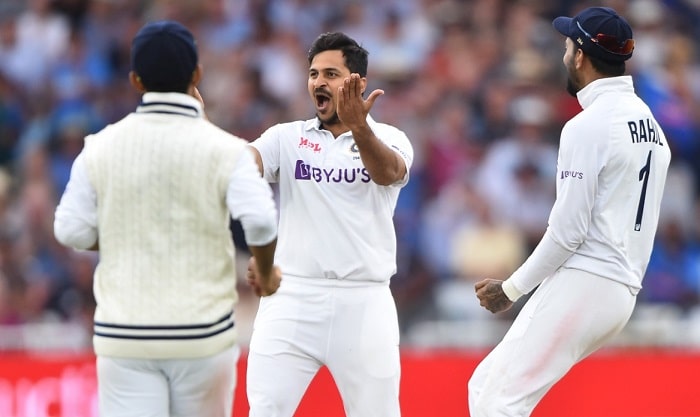 India vs England IND vs ENG 1st Test Live Score: The first test match of the five-match series of India’s tour of England is nearing conclusion as both the teams will play the fifth day of the match on 8 August. A big day lies ahead of India, who need 157 runs to win the inaugural match of the series.

Host England scored 183 in the first innings after winning the toss and electing to bat. Jasprit Bumrah was the stand-out Indian bowler with his figures of 4/46 in 20.6 overs. Team India replied by scoring 278 runs on the board and gained a lead of 95 runs. KL Rahul made the most of his opportunity on the test side by scoring 84 runs. Ollie Robinson picked up the maiden five-wicket haul of his career as he toppled the Indian Tail-end.

Indian batsmen are back at the crease as India’s eyes kickstart the test series with a win. Virat Kohli and co. have a target of 209 to chase and will have to put on a better batting performance in order to win the match. India has lost an early wicket in the second innings as KL Rahul departed in the tenth over after scoring 24 runs.

Rohit Sharma and Cheteshwar Pujara will begin day 5 on the crease. They have scored 12 runs in the second innings and will look to steer the innings forward once the last day begins. India currently is 52-1 after 14 overs on stumps, Day 4.

You can watch England vs India 1st Test 2022 live streaming online and TV on SonyLIV and on Sony Sports Network.