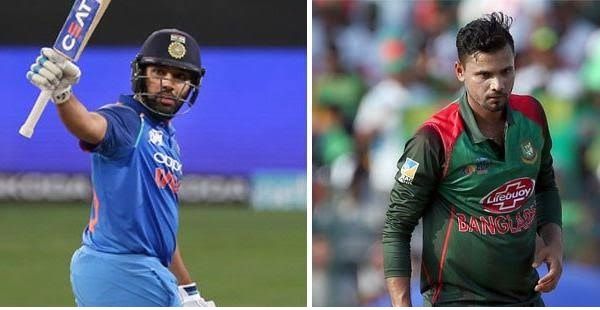 India is all set to host their 1st ever day-night Test at Eden Gardens in Kolkata from November 22. Bangladesh agreed to BCCI’s proposal for the Test match under lights on Tuesday. India will play their first-ever day-night Test at Kolkata’s Eden Gardens. This is the second Test of a two-match series against Bangladesh. Here is all the details you need to know such as India vs Bangladesh Pink Ball Test Date, Time, Schedule and Live Streaming

Newly-appointed BCCI president Sourav Ganguly, who has been an ardent supporter of day-night Tests, made his intentions clear when he said Virat Kohli was agreeable to India playing day-night Tests. I spoke to the BCB officials: Sourav Ganguly

Ganguly, on Monday, confirmed he had spoken to BCB CEO Nizamuddin Chaudhary about BCCI’s proposal to play the 2nd and final Test of the 2-match series in Kolkata with the pink-ball.

“I spoke to the BCB president (Nazmul Hassan). They are agreeable, they wanted to speak to the players. I’m sure it will be a day/night match. They will also officially announce it soon,” Ganguly was quoted as saying by the PTI.

The Indian squad for the three T20Is and two tests will be announced shortly.

According to the current ICC Playing Conditions, day-night matches can be held by the host country only with “with the agreement of the Visiting Board. India were expected to play a day-night Test in Adelaide last year but the BCCI were not open to the idea of playing pink-ball Test.

Notably, India and Bangladesh along with Afghanistan and Ireland are the only teams to have not played a day-night Test yet. Since the 1st-ever day-night Test between Australia and New Zealand in 2015, 11 more have been played.

Star Sports Network is the official broadcasting partner of the Test series and will telecast the match on Star Sports 1 and Star Sports 1 Hindi. Online cricket fans can watch India vs Bangladesh Pink Ball Test live streaming on Hotstar.