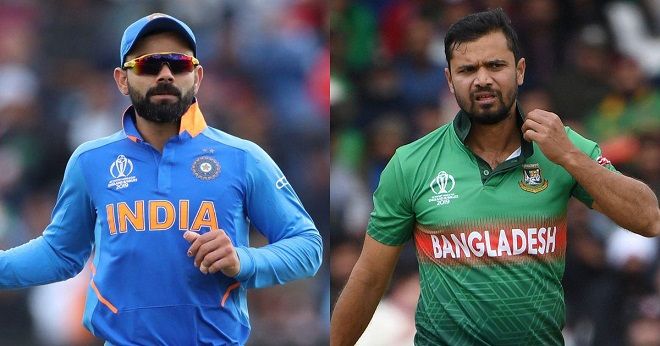 Watch India vs Bangladesh 2nd Test live streaming on Star Sports and Hotstar. Enjoy Ind vs Ban Day-Night Test match from Kolkata live telecast. India is all set to take on Bangladesh in a historic test match that will mark the beginning of Day/Night Test cricket in India. Eden Gardens will witness India’s first Day/Night Test match from 22nd November. The show is expected to be housefull as all the tickets of the match have been sold. Find India vs Bangladesh 2nd Test Prediction Who Will Win and Dream11 Team.

The men in blue cruised past Bangladesh in another Test victory in the first Test of the series. India beat Bangladesh by an innings and 130 runs at the Holkar Stadium in Indore. The hosts dominated the first test

The visitors won the toss and dared to bat first on the Indian soil. But, the Indian pacers were up to the mark and they destroyed the Bangladeshi batting line up. Bangladesh had a dismal display with the bat and the entire team could score only 150 runs in the first innings. Though India lost its superstars, Rohit Sharma and Virat Kohli, early, Mayank Agarwal seized the opportunity and went to score a double century.

The hosts led the visitors by a fine margin of 343 runs after the completion of day two and declared their innings. It was only a matter of time for India to hammer the nail in the coffin for Bangladesh. Mushfiqur Rahim showed some resilience but it wasn’t enough to cardy his team home and Bangladesh piled out for 213 runs in their second innings, thereby losing the game by an innings and 130 runs. Looking at the current form, India is an absolute favourite to lift the second match and the series.

Star Sports will broadcast the live coverage of India v Bangladesh second Test match in India and its subcontinent (Sri Lanka, Afghanistan, Nepal, Bangladesh, Pakistan, Bhutan, and the Maldives) countries. All the matches will be streamed live in the Indian subcontinent on Hotstar.

SuperSport will telecast the live coverage of the second Test in South Africa. All the matches will be live-streamed on the SuperSport digital platform.

Cricket viewers in the United States can watch India vs Bangladesh 2nd Test live stream on Willow TV and Sky Sports Cricket will broadcast live coverage in the United Kingdom.

India is unstoppable in Test cricket at the moment. They have dominated the ICC Test Championship and have been in excellent run of form over the last couple of years in Test cricket. Bangladesh, on the other hand, looked out of place against the hosts. They will havr to put in their all in order to come back in the series. Else, India looks set for another whitewash in Test cricket.