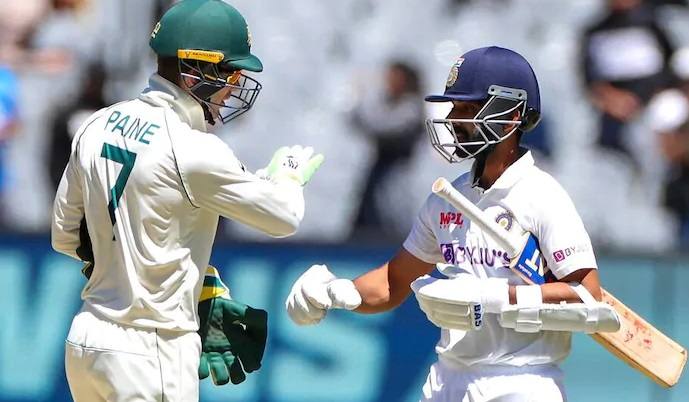 India levelled the ongoing India-Australia Test series with a victory over the Aussies at Melbourne. The 4 match test series is now levelled at 1-1. The first test match going in favour of the hosts as they humiliated India to a level where no one even thought of them bouncing back. Although the men in blues under the leadership of Rahane managed to keep the series alive and shifted both teams concentration for the 3rd Test. India vs Australia 3rd Test Match Prediction and check Dream11 team of IND vs AUS.

The 3rd Test between India And Australia will take place from 7th January – 11th January 2023 at the Sydney Cricket Ground, Sydney. The match would be pivotal for the series as well as for the ICC World Test Championship 2023.

Rohit Sharma who missed the first 2 tests due to injury, has completed his quarantine and is available for the next 2 matches.

Talking about the Australian camp, David Warner, Will Pucovski, and Sean Abbott have made it back to the side which is a massive boost for the Aussies. Sadly Joe Burns had to make his way out of the side for the remaining matches.

Possible Playing 11 of India vs Australia

IND vs AUS My Dream11 Team

India’s track record at Sydney hasn’t been great as their last test victory at SCG was back in 1978. However, having said that Australia seems to be in shambles after if their wickets fall early and India seems to be low on morale once they miss early chances.

Both the teams will be going with a new opening pairing, both the teams have strong bowling lineup, Hence to conclude it all comes down to who has a better middle order? Which captain is a good leader?

Well, the answer is India for both the questions, Rahane showed his leadership capabilities in the second test and India clearly seems to have a better middle order line up than Australia. Hence, India looks favorite to win the 3rd Test.