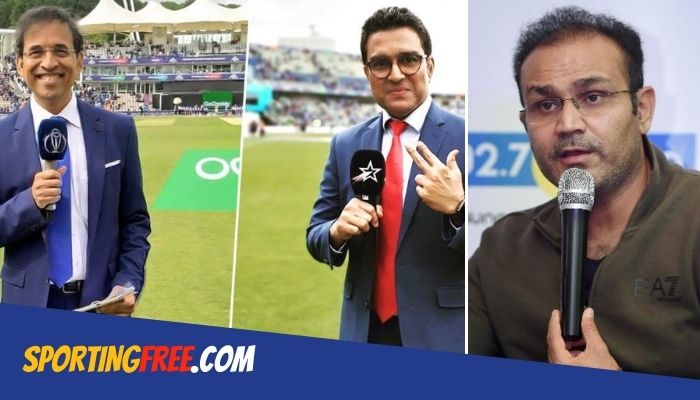 India Tour Of Australia 2022-21: List of Commentators And Broadcasters Announced

India tour of Australia 2022 Commentary Panel includes all the popular names including Sanjay Manjrekar who was left out of the BCCI commentary panel this year. Sony Pictures Sports Network (SPSN) has released the list of India vs Australia 2022 commentators and broadcasting TV channels for IND vs AUS in four different languages English, Hindi, Tamil and Telugu.

India is all set for the test down under which will start from 27th November. While Sony network who has signed an exclusive broadcasting deal with Cricket Australia in 2018 for 6 years has announced the elite panel who would be lending their voices for the tour. The list of panels is divided as per the regional languages and so are the broadcasting channels. Here is the list of commentators for India Tour Of Australia 2022-21.

Sony Network revealed that the India tour of Australia 2022-21 will be broadcasted in 4 different languages, which are Hindi, English, Tamil, Telegu. Thus for these different regional languages, there are 4 panels of commentators with the microphone this time with 2 presenters. Thus the full list of commentators is as follows.

The names in this list are the ones who will primarily lend their voices to the English viewers but will also make appearances in the Hindi dugout.

Sanjay Manjrekar will be making a comeback after March, as he was sacked by BCCI for not following their guidelines. However, the commentator has now been reinstated for his job. Harsha Bhogle will also be the presenter of the tour along with Arjun Pandit.

For the Indian viewers, the 2 foreign voices that they will hear would be just Glenn McGrath and Nick Knight.

Sony network has earned the exclusive rights for telecasting the high profile India vs Australia 2022 cricket live in India. Sony will telecast the tour in 4 languages and the list of channels and their corresponding broadcasting language is as follows.

The OTT platform of the Sony network, which is SonyLIV is set to provide the IND vs AUS live streaming cricket online. The viewers there would have the option to change the language as per their choice.