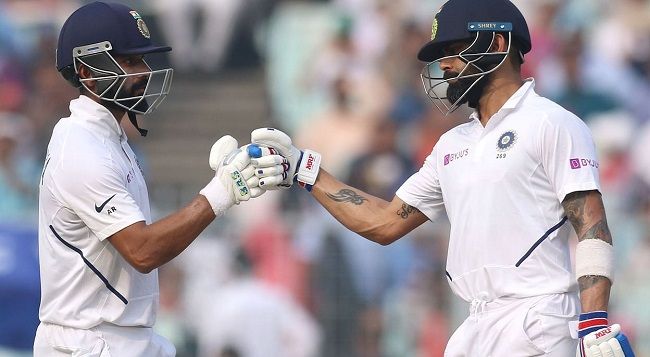 India is touring the Aussies and the series is well poised as the men in yellow impressively clinched the ODI series 2-1, but the men in blues were not going down so easily as they reinstated their dominance by winning the T20 series. Hence now all has come down to the wire as both the teams will engage in the Test series starting from 17th December. Get India vs Australia Test Series Prediction on which team is likely to take the series home.

India will face Australia in 4 test match series starting from 17th December till 11th January 2022. Thus to make any prediction there are multiple factors which are needed to be considered and then predict. Hence before predicting the list of test schedule for the series is as follows.

The squad for the Test Series is as follows

India has played 13 matches in Adelaide and won just 2 out of them, thus their winning percentage at Adelaide is just 15%. Although, in the last 5 matches at Adelaide India won 2 and Australia won 2, adding on the last test match between the two teams at Adelaide was won by India.

Thus based on the confidence and statistics and the presence of Virat Kohli, it can be predicted that the day/night test match will be won by India.

Again at Melbourne, India has played 13 test matches and won 3, thus their winning percentage at Melbourne is just 23%. The last test match between the two teams at Melbourne was won by India.

But here’s the twist this would be the only test where India would be without Kohli and Rohit Sharma, hence Australia is definitely going to fancy their chances in this one.

12 matches have been played between India and Australia at Sydney, and India has just won 1 match. But the big boost for India is that Rohit Sharma will be back in the squad, thus looking at the records at Sydney where the last 2 test matches were drawn hence this match will take the test series to the decider at the Gabba.

The Gabba has haunted India in the past and it seems that it will hunt India again this time as the men in blues have never won the match at the Gabba. Moreover, the pressure of winning the series that to it being the decider will ultimately collapse the Indian squad. Hence Australia’s are the favorite to win the test.

Australia is looking like the favorites to win the series and takes revenge after their home test series loss in the 2018-19 series. The absence of Virat Kohli in the last 3 matches and Rohit Sharma in the first 2 matches will definitely make an impact on the tour.

Star Sports to broadcast the games in India while Disney+ Hotstar to provide the Ind vs Aus live coverage of the show.