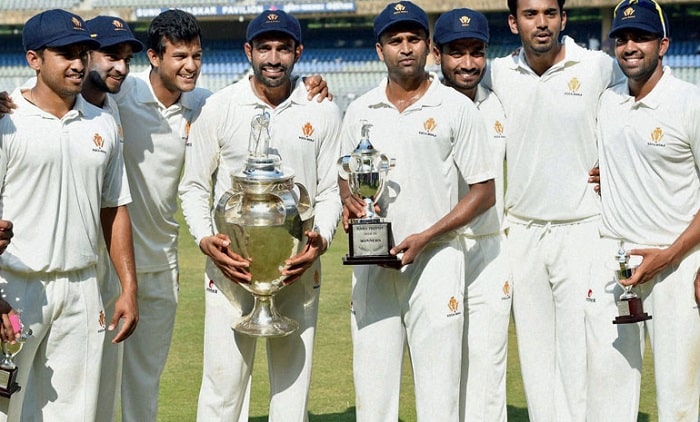 The new season of India’s domestic cricket league is all set to get underway. BCCI has released the India Domestic Cricket 2023-22 schedule. Check out all India’s domestic season details, including the Ranji Trophy and Syed Mushtaq Ali T20 tournament.

Inter-state ‘A’ competition for Under 25 men is the newly added tournament in India’s domestic league list from the upcoming season. This competition is set to replace the Under-23 championship.

India’s most coveted domestic tournament, the Ranji Trophy, is scheduled to be played from 5 January to 20 March. The tournament is back again after one year’s absence due to the pandemic. The 2023/22 season will be the 87th edition of the Ranji trophy.

What changes will the 2023/22 India Domestic season see?

The BCCI announced in an official release that a team would be allowed to have a maximum squad of 30 players and a minimum of 20 players. A support staff of 10 people will be permitted. Every individual team should mandatorily have a physician apart from the Physio. The physician will be a part of the 10 person support squad.

Ranji Trophy, Vijay Hazare Trophy and Syed Mushtaq Ali trophy will have new grouping criteria. All three tournaments will follow uniform criteria. The 38 teams will be divided in the following way. There will be five Elite groups of six teams each; and one Plate group of eight teams.

The winner of the five Elite groups will secure direct qualification to the Quarter- Finals. Elite Group runner-ups and the winner of the Plate group will play three pre-quarterfinals. The three winners will complete the quarter-final.

The Under-25 level will have five Elite Groups of six teams each and one Plate group of seven teams.