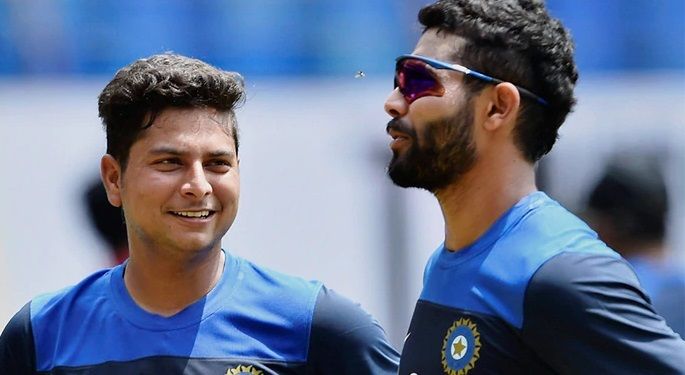 IND vs ENG 2022 Series: “Career marred by injuries” this catchphrase has been used in cricket for many players whose dream career was either cut-short or has ended by serious injuries. In the on-going Border-Gavaskar Trophy when both the teams are in the decider test match at Brisbane (where Australia has never lost the test match since 1988) and team India has never won test match out of the 6 test matches they featured at this venue.

The injury of major players who are not playing the crucial game would have been the reason for team India to be in the shambles by the end of final test match. Although this long tour has given many injures to the players of both sides most of them have ruled out of tour before the start while some have been ruled out during the course of the tour.

But the one player injury would’ve cause the serious concern to team India against England when they will tour to India during the first phase of 2022. In the current team India line-up, Jadeja has been one of the most dependable all-rounder player for the team who has taken the bail of team most of the times in the crisis situation.

On the current tour of Australia, Jadeja has injured himself twice, the first time he has face the injury during the first T20l game While the second time during the 3rd Test match at Sydney Cricket ground. But the injury during the Sydney test will going to affect his game for the longer period of time as his left thumb is completely dislocated while facing the Australia fast bowling attack.

England Tour of India will start from 5th February and team India will likely to miss the services of Vital cog (Ravinder Jadeja) in the first few games. So who will be an ideal replacement of Jadeja, let us take a look at that.

One of the most interesting characters in the team India line-up in the modern era cricket since his debut across the formats. Left-arm Chinaman bowling is always consider as a most difficult to judge by a batsman specially in a red-ball cricket (Test Cricket).

While Kuldeep Yadav has great numbers to back his case as one of the top contenders to replace Jadeja in upcoming series against England.

In the 6 test matches so far, Kuldeep Yadav has picked up 24 wickets at an brilliant average of 24.1 it was somewhere surprising that after so injured players.

Kuldeep Yadav doesn’t get the chance to play to a final test match at Brisbane to give depth in the bowling line-up. Apart from the bowling, he has been great ability to score runs as night watchman which added over others to replace Jadeja in the upcoming series.

The second name that can replace Jadeja is definitely Axar Patel. Axar Patel is yet to make test debut for India although he has played the white-ball cricket for team India in 38 ODIs where he picked 45 wickets at an average of 31.31.

He came into the spotlight during the IPL when Kings XI Punjab picked him in the 7th edition of the cash-rich league.

Axar Patel abilities to bowl tight spells make him the ideal candidate to be replacement of Jadeja. He can contributed with bat also which is the another advantage he has to make his test debut for team India in the upcoming series.

Another played who is in the race of replace Jadeja among others. Hails from Tamil Naidu, there is no doubt about this young talent who is right-arm off spinner and left-handed batsman played for Tamil Naidu in first-class cricket. In 12 first-class games, he has picked 30 wickets at an average of 26.93.

Recently debut for India in test cricket in the final test match of Border-Gavaskar Trophy where he has contributed with bat and bowl both in the first innings to strong his case to replace Jadeja in the upcoming series.