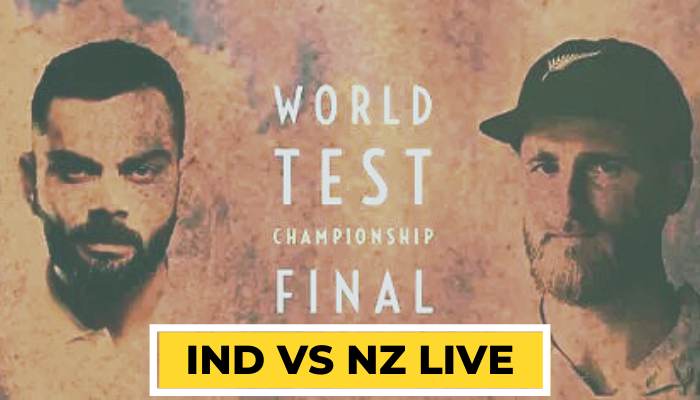 IND vs NZ Live Match: After the hard work of two years, we are finally set for the inaugural ICC World Test Championship Final between two best Test teams, India and New Zealand who are now battling against each other for the ultimate Test championship throne. It’s not just a battle; it the fight for the biggest title of red-ball cricket; here’ when and where to watch ICC WTC Final Live Stream Cricket online in India, UK, USA, Bangladesh and Pakistan.

Kiwis skipper Williamson is in great form in the Test cricket while the world No. batsmen, Virat Kohli, has played some good cricket in England would be eyeing to play his best cricket from June 18 to 22 to lift the golden trophy in Southampton.

Sad news for cricket fans as the first session of Day 1 of the ICC World Test Championship is washed out due to wet outfield. The inspection will be done by the Umpires and match referee to assess the conditions and make a decision on play for Day 1

What are the timings of the IND vs NZ WTC final?

Where is the ICC WTC Final IND vs NZ being played?

The ICC WTC Final 2022 between IND vs NZ will be played at The Rose Bowl, Southampton.

Which TV channel is broadcasting the ICC WTC Final live in India?

The India vs New Zealand ICC WTC Final 2022 live stream is available on Disney+Hotstar in India. Here is the list of all streaming networks providing the coverage of ICC World Test Championship Final 2022 across the world.