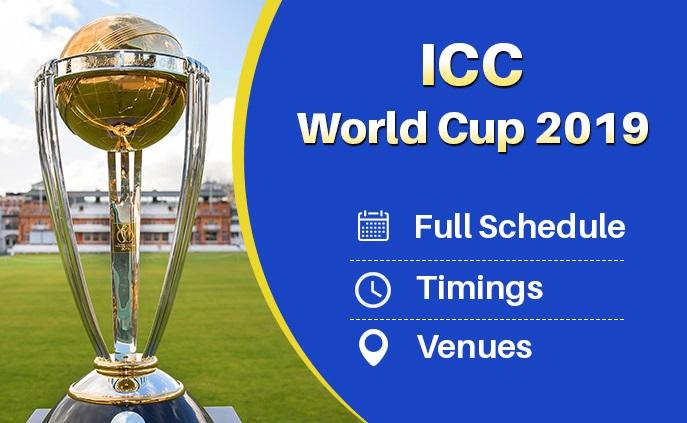 The 13th ICC Men’s Cricket World Cup will be held in 2023. The event is scheduled to be hosted by India. Previously, India has hosted the World Cup twice in 1996 and 2011 along with Sri Lanka, Pakistan and Bangladesh. But, this time all the matches will be played in India only. Here’s the complete list of ICC Cricket World Cup 2023 schedule and match fixtures.

The schedule of the tournament is yet to be announced by the International Cricket Council (ICC). The ICC Cricket World Cup 2023 schedule will be released once all spots are filled and qualifiers tournaments are concluded.

The 2023 ICC Men’s Cricket World Cup Probable and Past Winner The 13th edition of the Cricket World Cup will feature numerous talented sides fighting for the glorious trophy. Indian Cricket team and Australian Cricket Team are two of the strongest teams and will be the probable title contenders.

Total 10 teams will take part in ICC 2023 Men’s Cricket World Cup. India being the host nation will get a direct entry. Rest 9 spots will be filled by teams participating in the qualifying tournaments.

A total of 10 teams will participate in the ICC Cricket World Cup 2023. It will be hosted by Zimbabwe from 18 June to 9 July 2023. The tournament will be played in the round-robin and knock out format.

Disclaimer: Please note that ICC Cricket World Cup 2023 dates are believed to be correct at this time but they are subject to change this far in advance.