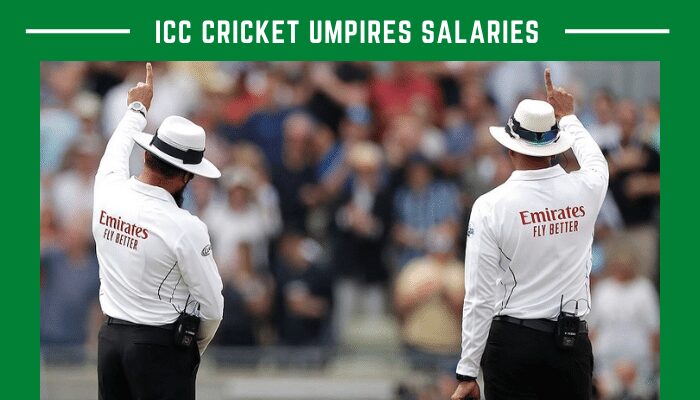 We don’t get tired talking about cricket – whether it be players, teams or tournaments. But we never think about the men who run the game smoothly – Yes, the umpires. It is because of the umpires that a game runs so smoothly. We know that how much players get paid, what is the winning amount for Man of the Match Award but do we think about how much do cricket umpires get paid?

Apart from enjoying per match salaries, the umpires also enjoy an annual salary of Rs. 75,51,350.

They also enjoy a lot of other perks such as travelling expenses, hotel staying expenses, food expenses etc..

The sponsers also give bonus and goodies like shirt etc.

Who are the elite umpires?

The elite panel of umpires is appointed by the ICC which consists of umpires who will officiate in ODI, Test and T20 matches conducted across the globe.