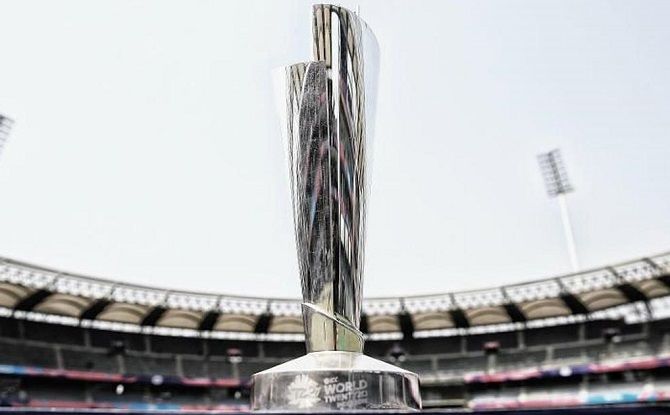 The International Cricket Council (ICC) has announced the ICC T20 World Cup 2022 schedule and complete match fixtures. The Men’s ICC T20 World Cup 2022 is starting on 18th October and the final match of the tournament will be played on 15th November 2022. There will be 45 matches in this tournament which will be played in 7 stadiums across Australia.

Simonds Stadium in Geelong, from where the tournament will start, will be hosting its 2nd T20I match. As of now, we know the names of 10 teams that are going to participate in the ICC Men’s T20 World Cup 2022. West Indies are the defending Champions, they had beaten England in the final match which was played on 3rd of April 2016 at the Eden Gardens, Kolkata. The West Indies team will begin the tournament by playing against New Zealand on 25th of October 2022 at the Melbourne Cricket Ground.

As per the released ICC T20 World Cup 2022 schedule, the Arch-rivals India and Pakistan would not be playing a match against each other unless and until they find a spot in the same Semi-Final or the Final. The first match that India plays will be against South Africa at the Perth Stadium on 24th of October. Pakistan also will be playing their tournament opener on the same day but at the Sydney Cricket Ground. They will be playing against the hosts, Australia.

The teams against which Sri Lanka and Bangladesh would be playing their respective first matches of the tournament has not been confirmed yet in the T20 World Cup 2022 time table. Afghanistan and England are also in the same situation.