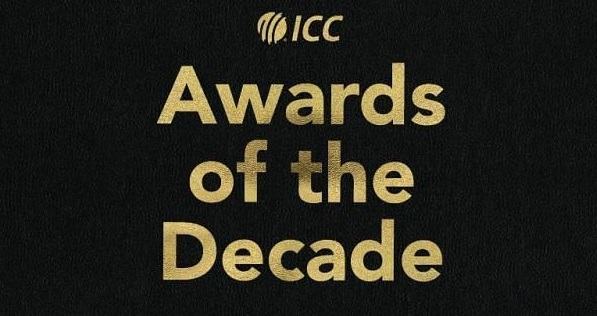 ICC Awards Of The Decade Nominees, Categories, Voting Process And Everything You Must Know

ICC Awards Of The Decade 2022: International Council Of Cricket(ICC) was set up in 1909 and it is the international governing body of any cricket action around the world. ICC in 2004 started hosting annual awards show to facilitate the best players of the game for that year. However, for the very first time, this year ICC will be facilitating the Best players of the decade.

The awards have been categorized into 10 subcategories and The voting process opened at 2:30 pm IST on 25th November and will close at 12 am on 17th December.

Those shortlisted by an Awards Nominations Committee are based on their performances during the period 1st January 2011 to 7th October 2022. Hence the list of categories for the nominees has been announced is as follows.

ICC Awards Of The Decade Categories

ICC Awards Of The Decade Nominees

The nominees for each above category is as follows.

10. ICC Spirit of Cricket Award of the Decade

Voting Process for the ICC Awards Of The Decade

The nominations for the players are done by ICC Committee members, prominent journalist,s and broadcasters from around the world. Now when it comes to voting both the members and fans are allowed to vote. But how do both of them vote?

The ICC Committee members, prominent journalist, and broadcasters will cast their votes in terms of outlining their first, second, and third choice.

The members voting will weigh 90% share of the vote.

For fans to cast their vote they need to go to the ICC website and there they must click on Vote. While a pop-up message will appear asking for First Name, Last name, and E-mail address. Upon doing so, your vote would be submitted.