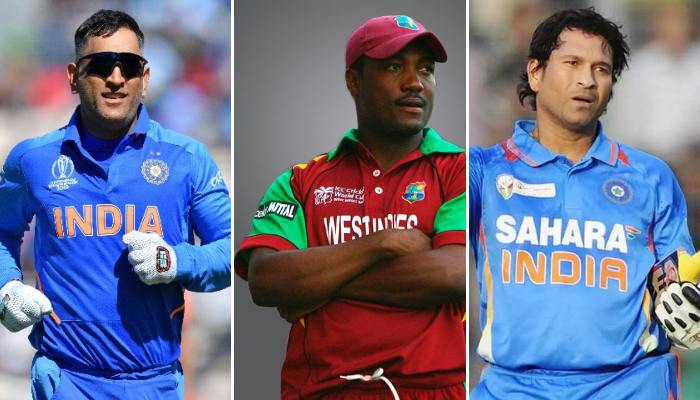 The 50 Greatest Cricketers of all Time

It might not be obvious but cricket is one of the most popular sports in the world alongside basketball and football. One of the reasons why a lot of people love watching cricket is that it is easy to understand and engaging to watch. Here we have listed the top 50 greatest cricketers of all time based on their popularity and stats.

The sport also surprisingly has a lot of dramatic moments that will make you curious if they will continue the game or not. Heated arguments are inevitable especially when the game is at its peak. Nevertheless, it is still a sport that unites all cricket enthusiasts around the world.

If you are new to the community, cricket is a bat-and-ball game that is played between two teams of eleven players. It is also a sport that will test the player’s endurance, speed, and presence of mind. What makes it even more exciting is that you can also place your cricket in-play bets as you cheer for your favourite team or player.

Top 50 Greatest Cricketers of all Time

Since cricket has been played for decades, here are some of the greatest cricketers you should know.

Tendulkar, also known as Master Blaster or Little Master, is a former Indian cricketer who is regarded as one of the greatest batsmen of all time. He is also the first batsman to score a double century in One Day International or ODI. He is one of the highest-paid cricketers in the world.

Tendulkar is also known for throwing with his right hand and a unique punch style of hitting the ball. A lot of fans also noticed that he has incorporated several modern and unorthodox strokes into his play.

With his outstanding skills, here are some of the awards he received:

Richards is a former Antiguan cricketer who represented the West Indies at international levels and Test matches. He was regarded as the third greatest Test batsman alongside Donald Bradman and Tendulkar. Throughout his career, he scored a total of 8,540 runs in 121 Tests with an average of 50.23.

Although Richards is quiet and self-contained, he is a very powerful right-handed batsman and an excellent fielder. What’s interesting is that he did not wear a helmet during his entire career Sunil Gavaskar

Gavaskar is a former Indian cricketer who is popularly known as one of the best opening batsmen in the history of Test matches. He also scored the most centuries by a batsman. It might be impossible to believe but Gavaskar was the first person to score centuries in both innings of a Test match three times.

He is admired for his fast bowling technique and his ability to create unique shots such as the so-called flick shot.

Here are some of the achievements Gavaskar received throughout his career:

Lara is a Trinidadian former cricketer who has the highest individual score in first-class cricket and Test innings for scoring 400 runs. He is also known as the Prince of Port of Spain and was inducted to the ICC’s Hall of Fame during the 2012-13 season.

In 2009, Lara was appointed as an honorary member of the Order of Australia. Four years later, he also received the Honorary Life Membership. With his passion for playing cricket, Lara became the second batsman to score a total of 1,000 Test runs.

With the increasing popularity of cricket, there is no doubt that more players will be added to this list.

So, tune in to the latest cricket news and do not forget to place your cricket in-play bets and have a great time.

The Australian legendary cricketer and the greatest batsman ever the world has witnessed. He is known for his unbeatable batting average of 99.94 in Test cricket.

Pakistan’s greatest cricketers, most successful bowler and former captain Imran Khan had set an example for young cricketer when he won the 1992 Cricket World Cup.