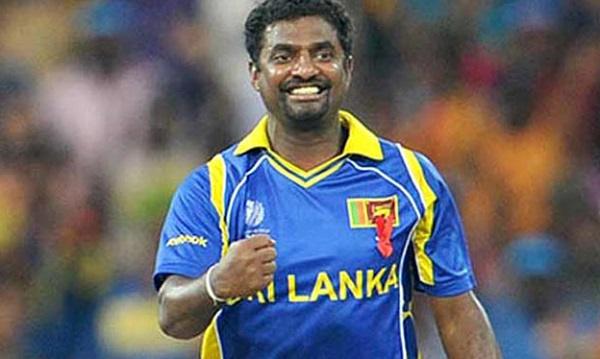 Top 5 Greatest Bowlers Of All Time In Cricket History

What’s makes this game of cricket more interesting is definitely one of the aspects of the game like bowling. Let us take a look at the top 5 greatest bowlers of all time.

There are different types of bowling in cricket like fast bowling, medium pace-bowling or the spin bowling with different types in it also. The long history of cricket doesn’t have too many fast bowlers as they are prone to injuries which in result either affect their career and force them to change their bowling action to stay for the longer period of time in the cricket world.

But not in every case it is true as there are bowlers in the cricket history who have ruled this game still after facing career-ending injuries in his career. While in the other case of bowling like medium pace-bowling or spin bowling the injuries hardly affect the bowler style or action.

The fast bowlers are the match-winners for the team in almost every situations. If flamboyant batting brings the charm in the cricket then without the doubt the fast bowling brings the never-ending excitement for the spectators.

From the Inswinger to Outswinger; toe-crushing Yorkers to Insane bouncers; fast bowlers have to make the life very difficult for the batsman when they have his day. But the seam movement of medium-pace bowling and googlies, flippers and dossra of spin bowling made the batsman dance on his tunes most of the times.

Let’s us take a look at the some of Greatest Bowlers of All-Time in the cricket history.

At the top of our list it would be someone like Wasim Akram without any doubt, the greatest bowlers of all-time. The left-arm fast bowler from Pakistan was one of the most gifted fast bowlers who could swing the ball both ways. While with the old ball, Akram was complete unplayable with his reverse swing. Widely regarded as the “Sultan of Swing”.

In the ODI Cricket, Akram took 502 wickets in his career and was the fastest to reach 300, 400 and 500 wickets. The ICC honoured him as best white-ball cricket bowler in the history.

While in the red-ball cricket, Akram took 414 wickets in 104 Tests at a brilliant average of 23.62. Apart from it, Akram widely remembers for the best spell in the 1992 world cup which helped Pakistan to become the world champions.

The former south Africa fast bowler was one of the most complete fast bowler of the modern day era cricket. The kind of impact this speedstar had will be remembered for the decades. Pace combined with swing, Steyn was the nightmare to even the greats of the game in any format of game.

Dale Steyn was someone who justified the tag of extreme fast bowler in the modern-day era cricket when bowlers have no advantage to survive. Just imagine, if Dale Steyn had played in the 70s era of cricket how many surreal records world cricket could’ve witnessed.

The former Sri Lanka off-spinner was the one of the greatest bowler of all-time in the history of cricket. With over 1000 wickets in the first-class cricket at an average of 19.64, easily defined the class of this bowler among others in the league.

Alongside greatest bowlers Shane Warne and Anil Kumble, Murali was in the league of his own who ruled the top spot in the ICC ranking for almost 1711 days.

In 133 tests, Murali took 800 test wickets and 350 ODIs took 534 wickets. His career average never goes ahead of 23 across the formats. In the test cricket, Murali has 67 five-wicket hauls (the most by any bowler in the international cricket).

Many speculations were made that Murali has more wickets while playing against the weak teams like Zimbabwe and Bangladesh. Like if we do not include those wickets still he has 612 wickets at an average of 24.73 way better and ahead than the contemporaries of his era.

In the greatest bowlers of all-time, the name of Michael Holding will always come up the top five bowlers. Nickname “Whispering death” the most destructive fast bowler in the great west Indies line-up of the 70s and 80s era.

Hardly there is a bowler who can match the ability of Michael Holding who not only destroyed opposition line-ups but created the fear in the batsman minds of getting injured who tries to play aggressive against Holding.

This bowler deserves the place after the kind of impact and dominance he had in his career over the greatest batsman of his era. Many greatest bowlers also considered him as the godfather of fast bowling in cricket.

The former Australian fast-bowler is one of the most admired bowlers. Lillee alongside Jeff Thomson was one of the most destructive bowling pair in the history of cricket and feared in the 70s to mid-80s.