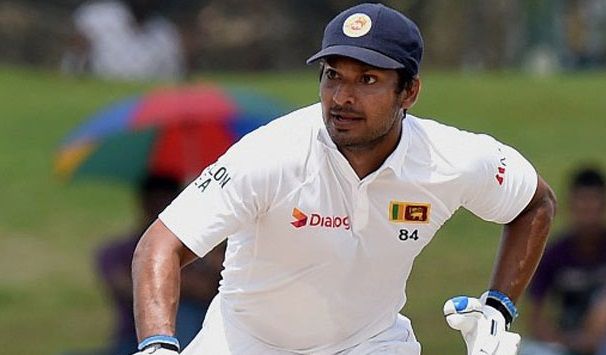 Top 5 Greatest Batsmen of All Time In Cricket History

Cricket is only sport in the world with three different formats. In the last few decades this game of cricket has turn into batsman paradise with more advantages to the batsman to score runs. While in the earlier decades, Cricket was way different from the modern day era cricket there seems to be equal battle between cricket batsman vs bowler not like modern day cricket rivarly of batsman vs batsman.

With cricket being more product base (with more T20 leagues) in the last one decade test cricket values are buried very badly from other formats. Players are restricting themselves to play the 5-days cricket over 3-hour entertainment. Even there are some of the players who have been retiring way early just because they don’t to play test cricket anymore.

From the era of Sir Don Bradman to Sir Sunil Gavaskar; Ricky Ponting to Rahul Dravid, all these cricket batsmen made it to the list of the top 5 greatest batsmen of all time in cricket history.  The many great players have graced this game of gentleman like no other and played some of very professional cricket with their epitome greatness and racked up many records under his name across the formats.

The batting seems to be toughest task for a batsman in any cricket format where player has to adapt himself to the conditions before think about of scoring runs.

“Glenn McGrath once said that if there was one Indian player who could get a direct entry into the famous Australian team of the late 90s, it would be Rahul Dravid”.

I think these words will give the strong brief about the impact of player like Rahul Dravid. Very unlucky, Rahul Dravid was the part of an era in which everybody talks about Sachin Tendulkar batting class. But they forget it was one and only Rahul Dravid who when enter the scene helped team India to remove the tag of “minnows” against the world-class teams at the overseas conditions.

There are numerous records of Rahul Dravid which tells the consistency of this great player but something which defined he was the once-In-a-lifetime player was his 26 test centuries at the overseas conditions out of his 36 test centuries.

Had he played for countries like South Africa and Australia, Dravid could’ve more successful than other contemporaries of his era. Rahul Dravid has scored 13,288 runs in 164 tests at an brilliant average of 52.31 with 63 half-centuries and 36 centuries.

While limited overs cricket, Dravid has scored over 10000 ODI runs with 12 centuries and also involved in two 300 plus runs partnerships.

In terms of technique and impact in test cricket, Rahul Dravid is way ahead of others with more runs under his name. Apart from centuries, Rahul Dravid has five double hundreds in his test career out of which three have been came at the overseas conditions against New Zealand, Pakistan and Australia.

Famous with the name “Punter”. One of the greatest batsman and captain of the modern day era cricket is without the shadow of doubt is Ricky Ponting. If Steve Waugh was the reason of Australia dominance in the 90s era then here was the man who defined how to dominate world cricket like the way he wanted to in his style.

After the retirement of Steve Waugh, Ricky Ponting was appointed as the captain of Australia team and what he did after was all history. Ponting formed the team who were having 11 match winners on any day and the fear they have created in the opposition teams was sight to behold.

Ricky Ponting is second most successful captain in test cricket after great Graeme Smith. Ponting was the captain of two world winning Australia team (2003-2007) and longest winning streak in the world Cup history which was ended in 2011 world cup against India in the quarter final.

This day That year: Virender Sehwag and Rahul Dravid have…

The most dependable and stylish left-handed cricketer to ever graced this game of cricket. The former Sri Lanka captain and wicket-keeper batsman is the second player after Don Bradman to score 11 double hundreds in test cricket.

If there will be talks about modern day era greats the name of Kumar Sangarkara will be alongside Rahul Dravid and Brian Lara. One of the most cleanest stroke maker of ball is the highest run-scorer for Sri Lanka in test cricket history.

Sangarkara is the greatest batsmen of all time who also holds the record of best test batsman at the ICC test ranking in 2007 and 2010-2012. The format which made everyone his fan to watch his class batting on loop was test cricket.

One of the best compliment Brian Lara has ever received in his career by the former great of his country. The former West Indies captain and the best middle order batsman they have ever produced after someone like Clive Lloyd or Viv Richards.

West Indies Cricket was in the transition phase during the 90s era when player like Brian Lara came into the scene. The flamboyant left-handed batsman was the torch bearer of the West Indies batting line-up for more than a decade and win games single handily.

Brian Lara is the only batsman in the cricket history who holds the record of double hundred, triple hundred, quadruple century and 500 hundred runs in the single innings in first-class cricket.

He is an another batsman to score test century against every test playing nation in his career. In 131 tests, Brian Lara has amassed 11953 runs at an average of 52.89 with 34 centuries and 48 half-centuries.

In the greatest batsmen of all time this man deserve the place at the top after having some surreal records under his name. 99.94 average we all know about this average of Bradman but as a captain of Australia in his era he had the average of 101.52 in 24 tests.

Under Bradman captaincy the Australian team never faced the defeat against any opposition. But what makes him the greatest of all-time was his innovative mind.

The very first time any captain had shuffle the batting order of line-up was Don Bradman which we witness in the cricket these days. Bradman record of 12 double hundreds in the test cricket still under his name.

During the world war two Bradman cricket career was affected otherwise cricket world could’ve witnessed more surreal records by him. In the 52 tests, Bradman had scored 6996 runs at an average of 99.94 with 13 half-centuries and 29 centuries.