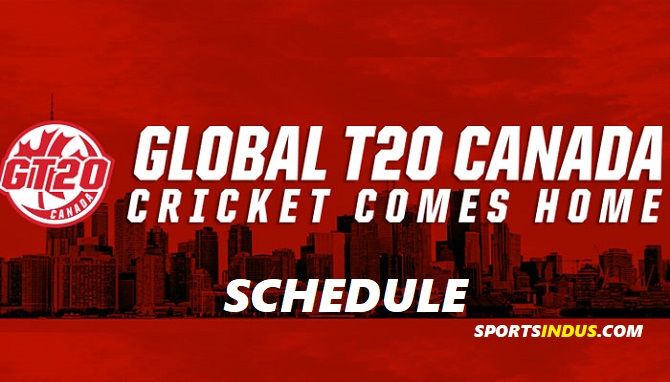 The schedule for the second season of the Global T20 Canada is out for fans. The tournament began on 26th July 2019 and concluding on the 12th August 2019 as per the released GT20 Canada 2019 Schedule. A total of 22 matches are to be played in the league including the three playoffs matches. This year’s season has been delayed a bit so that it does not clash with the fixtures of ICC Cricket World Cup 2019.

The Global T20 Cricket League to be played in Canada and the competition is run and manage by Cricket Canada. All the dates and venues for the GT20 Canada 2019 are out along with Team Squad of all the franchises. Here in the post, you can find the GT20 Canada 2019 Points Table, Match Results and Schedule. The venue for the matches has not been announced as of yet but it has been declared that they would be taking place at Brampton in Ontario.

The six teams that are to be fighting for this trophy are Toronto Nationals, Vancouver Knights, Montreal Tigers, Winnipeg Hawks, Edmonton Royals, Brampton Wolves.