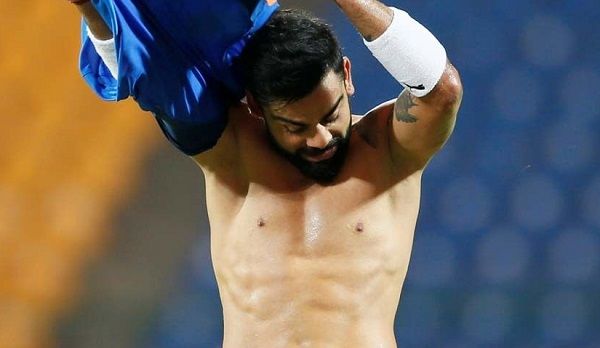 Gone are the days when cricket was considered purely to be a skill-based sport. The number of physically struggling players who still made it through is getting slimmer with the emphasis on fitness by every international side. Modern cricket players need to sweat it out in the gym and this article profiles the 10 fittest cricketers in the world right now.

The current benchmark for fitness is the Yo-Yo test was implemented in the Indian cricket team by strength and conditioning coach Shankar Basu and is mandatory.

The 31-year-old Pakistani batsman has an impressive Yo-yo test record of 22.1 ratings. He credits his love for deadlifts for his physic and considers fitness seriously. He is the fittest Pakistani cricketer in the world right now.

The Kiwi speedster has impressive physic and is quite evident when he runs down the tracks. Boult has rarely been absent with any injuries which are quite rare for a fast bowler. Boult will play for Mumbai Indians in the 2022 season.

The Australian all-rounder who sparked a bidding war this season between Royal Challengers Bangalore and Chennai Super Kings is a valuable asset to any team he plays for. The Rcb player has made high-flying acrobatics on the international stage and is believed to spend 3-4 hours on Gym every season.

The former protea skipper is one of the fittest players to represent his national side. The Chennai Super Kings batsman is the oldest player in this list, aged 36 but his physical fitness is still a benchmark for the youngsters. His high flying saves and catches while fielding never fails to entertain the crowds.

The tall Australian fast bowler who is handy with the bat down the order made the headlines when he got sold for a whopping ₹15.5 crore to Kolkatta knight riders. He has been a long-serving for Australia and now the vice captain’s the national team at the age of 27.

Benjamin Andrew Stokes is the best batsman plying trade with Rajasthan Royals and England. The 29-year-old all-rounder is a good hitter of the ball and consistently bowls over 140 kmph which shows how fit he is in world cricket.

Ravindra Jadeja is a very important asset for both Chennai Super Kings and India as it’s not often you see a player who is fantastic in all three aspects of the game. Jadeja has been Dhoni’s go-to man for years now and his fielding montages.

The dynamic Australian opener turned heads around when he made his debut without any first-class experience and made an 89 of 43 against South Africa. Warner is the fittest Australian cricketer right now. The Sunrisers Hyderabad captain is quick between the wickets and made many crucial saves on the boundary line.

King Kohli is currently the best batsman with fitness played an important role in him securing it. He is the fittest cricketer in the world right now. The 32-year-old Indian and Royal Challengers skipper is lightning fast between the wickets and clears boundaries with ease.