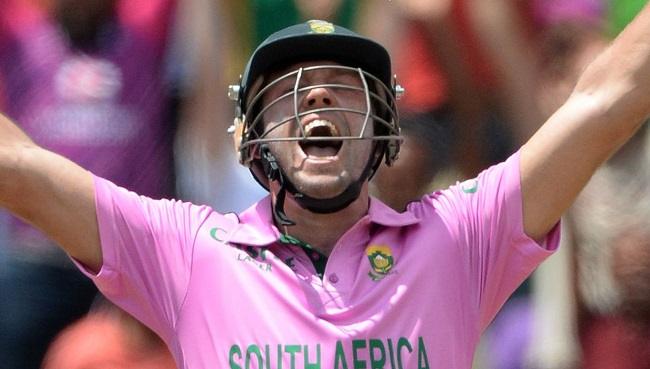 The second-game of 5-match ODI series against West Indies in 2015 already registered in many records books for the second highest score made by South Africa. But what’s makes this match more special was the Surreal batting of AB De Villiers who has came at the crease when there were less than 12 overs to go in the match during South Africa first innings.

The Visitors (West Indies) already trailing by 1-0 in the series and their captain made the biggest mistake of deciding to bowl first after winning the toss. From the word go, South Africa team have destroyed the opposition plan of decision to bowl and pushed them at the back foot with 247 runs partnership for the first wicket in 39 overs. With the wicket of Rilee Rossouw, surprisingly AB De Villiers walked to joined Hashim Amla to kept the momentum.

It is so vivid that in just 66 balls, team can maximum score upto 350 runs not more than that in any human imagination but this guy AB De Villiers has turned the tables and produced one of the most destructive hitting in the cricket history one can have ever imagined in his life.

Another record which everyone wants AB De Villiers to surpassed it was the fastest ODI century and he did it in his style while completed his hundred in just 31 balls to break the record of Corey Anderson fastest ODI hundred against the same opposition in 2014.

Hashim Amla and AB de villiers added on 192 runs partnership for the second wicket in just 65 balls and take the team scoreboard to 439 runs for the loss two wickets in the 50 overs. In response, West Indies was all out at the score of 291 runs and handed 148 runs defeat in the second ODI game of the series. Not only West Indies lost the match but also lost the ODI series later to South Africa.