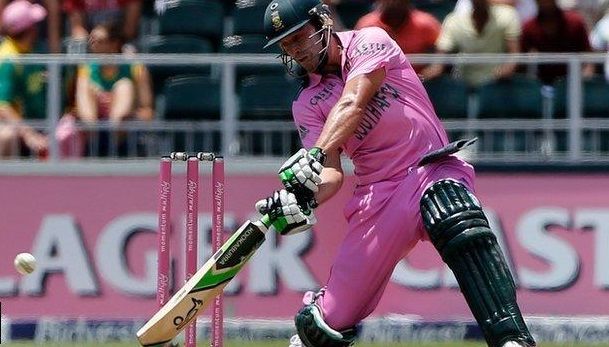 The fastest centuries in cricket history can be scored only by the attacking batsmen. Whereas in this Modern World of T20 cricket, there some great and hard hitter batsman known for their attacking gameplay. But even since the early 90’s destructive batsmen did exist and performed extremely well.

Pakistan’s Boom Boom Shahid Afridi is one of those batsmen who scored the first fastest century from just 37 balls but now the record has been broken down by only two batsmen.

The second one is the world record by the South African 36o player Abraham Benjamin De Villiers. See the list of top 10 fastest centuries in cricket history.

A Heroic Inning coming from the 1996 Singer Cup when the Srilankan Left-handed legend batsmen Sanath Jayasuriya scored 100 in Just 48 balls.

However, with this, the Lankans put forward a healthy total of 349 runs in that Match which Pakistan fell short of. Jayasuriya got out for 134 in just 65 balls. His innings included a total 11 fours and 11 Sixes with a strike rate of 206.

The Fastest Century from the New Zealander came from the 3rd ODI match of the West Indies tour of New Zealand in 2014. The Crowd of Queenstown roared as Jesse Ryder scored his Century in just 46 balls. However, Ryder got out in 104 runs out of 51 balls. This mesmerizing innings had in total 12 boundaries and 5 sixes with a Strike rate of 203.

When Pakistan tours India in 2005 For a 5 match ODI series. A Memorable inning for Pakistan’s Hulk Shahid Afridi came from the 5th ODI match at Kanpur as he hammered the Indian bowlers all over the ground.

Moreover, Afridi’s 100 came from just 45 balls which were one of the fastest centuries in cricket history. He smashed 102 runs in 46 balls in this match which included 10 fours and 9 Sixes with a Strike rate of 221.

It was West Indies tour of Bangladesh in 1999 October when this heroic hundred of Brian Lara came from the 2nd ODI Match. Lara scored the Century in just 45 deliveries. In that inning, Brian Lara got out at 117 runs from 62 balls faced. Lara had in total 18 boundaries and 4 sixes with a strike rate of 188

Here comes a Century from the Best Wicketkeeper South Africa ever had. Yes, you have guessed it right. It’s Mark Boucher who scored his Century in Just 44 balls from Zimbabwe tour of South Africa, 3rd ODI match played on September 2006.

Boucher just missed a 150 as he was 148 not out from 68 deliveries. Boucher scored sixes more than the boundaries in this match. His innings included 10 sixes and 8 fours with a strike rate of 216.

Comes a historic innings from the late 90’s when Shahid Afridi scored Fastest Century in just 37 balls against Sri Lanka. The inning came from Kenya for KCA Centenary Tournament on 4th October 1996. Shahid Afridi got out at 102. In his handsome innings, he scored 11 sixes and 6 boundaries.

The most brutal batsmen Pakistan ever witnessed. The record of fastest centuries in cricket remained with Afridi for many years and therefore, he also got name Boom Boom Afridi by his fans.

A world record of fastest centuries in cricket was broken for the very first time by the Kiwi Left handed batsmen, Corey Anderson who score a Century in just 36 balls.

From the 3rd ODI Match when West Indies tour of New Zealand Corey had a date to remember as he scored this exceptional inning on the first day of the new year Jan 1, 2014.

However, Corey Anderson was 131 not out in that inning from 47 balls faced. He scored 14 sixes and 6 fours.

The 360 batsmen smashed the Windies bowlers to each and every direction of the Johannesburg stadium. De Villiers got out with just 1 run short of his 150. In that world-class inning, AB scored 149 from just 44 balls which included 16 sixes and 9 boundaries\