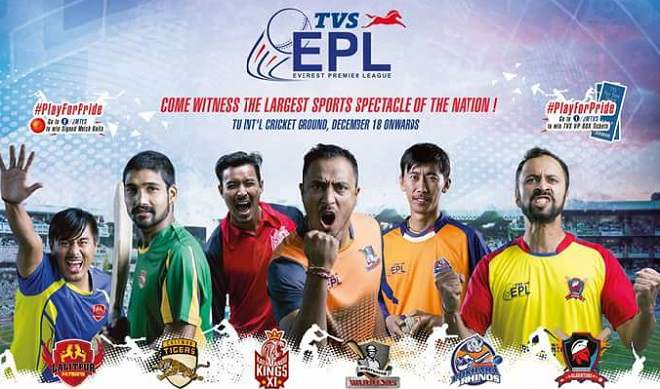 Latest Newson EPL T20: Shahid Afridi and Nepali Sandeep Lamichhane will play in the same team in the upcoming Everest Premier League. The six-team tournament is taking place at the TU grounds in Kirtipur. It is also announced that the two-wheeler Bajaj Pulsar is the title sponsor of the league. Recently, the Everest Premier League trophy was revealed by the council.

All the foreign players who are playing in the EPL T20 2022 have to produce a NOC from their respective boards as players playing in other domestic leagues of Nepal will not be allowed to play in EPL. The matches of Everest Premier League 2022 are to be played at the Tribhuvan University Stadium.

The schedule of EPL T20 has been rescheduled twice and now it’s confirmed that the Everest Premier League 2022 to kick off on September 25 and ending on October 9. The defending champions Lalitpur Patriots are expected to start the season in the opening match.

There are the six participating teams in the Everest Premier League 2022:

This year many popular international players have been roped by the franchises of the EPL T20. The Everest Premier League foreign players list include names such as Mohammad Shahzad, Kevin O’Brien, Dwayne Smith, Chris Gayle and Hashim Amla.

West Indies cricketer Dwayne Smith is set to play for the Bhairahawa Gladiators while Chris Gayle will play for Pokhara Rhinos in the Everest Premier League (EPL). Jamaican left-hander and one of the greatest T20 batsmen is expected to make the tournament more popular around the world.

Here are the Everest Premier League 2022 squads of all the teams:

All the matches of Everest Premier League 2022 to be played in Kathmandu at the Tribhuvan University International Cricket Ground which has a capacity to hold 15,000 crowds.

AP1 HD has the exclusive broadcast rights of the EPL matches in Nepal while DSport holds the broadcasting and live stream rights in India.