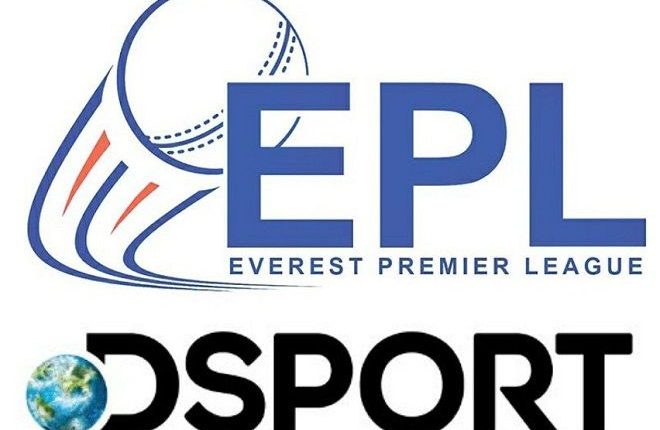 The 2022 season of the Everest Premier League is featuring many international stars along with the local Nepalese talent. All the six EPL T20 teams have signed a big internal player to increase their chances of winning the title. All the matches to be played in a single round-robin format and then playoffs. All the matches played in the Everest Premier League 2022 will start at 1 pm IST and while the pre-match coverage to start one hour before the match start timing while toss will take half n hour before the EPL T20 live coverage begins.

DSport has exclusive broadcasting rights of the Everest Premier League 2022 to the broadcast of all matches and the pre-match show on  Dsports channel in Nepal while the online who want to catch the EPL 2022 live streaming online can visit the league’s official website on https://eplt20.com.np

Indian cricket fans can catch all the cricket action from the league on the official EPL T20 broadcaster – DSport. The complete league to be telecasted live on DSports which is the first time that EPL T20 will have an international broadcaster.

According to the broadcaster, the league will have better production, advance cricket graphics and computerized programs along with popular international commentators.

DSport is one of the popular broadcasting channels and it has the tv rights of other T20 tournaments such as the Pakistan Super League (PSL Live) and Bangladesh Premier League. If you do not have the channel or want to watch on your mobile and smart tv then catch Everest Premier League live streaming cricket action on DSport’s official Youtube channel.

The Everest Premier League is run by Nepal’s private company owned by Aamir Akhtar and Suraj Giri. The league was started in September 2016 and has completed three seasons successfully.

All the 6 participating teams in the EPL 2022 are based on the six cities of Nepal – Kathmandu, Lalitpur, Bhairawa, Biratnagar, Birgung and Pokhara.

All matches of the league will be played at the Tribhuvan University International Cricket Ground in Kritipur, Kathmandu.

The foreign players who are playing in the Everest Premier League 2022 are Veteran batsman Chris Gayle will play for Pokhara Rhinos, Dwayne Smith for Bhairahawa Gladiators, former Afghanistan Opener Mohammad Shahzad has been signed by ChitwanTigers, Kevin O’Brien for Kathmandu Kings XI, Upul Tharanga for Lalitpur Patriots and Hashim Amla for Pokhara Rhinos.

If you have any queries about the EPL T20 broadcasters or tv channel or facing problem to watch Everest Premier League 2022 live streaming online then comment below.