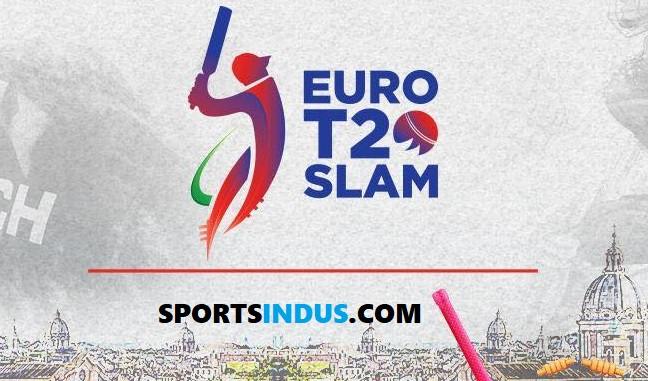 The inaugural edition of the Euro T20 Slam is all set to be played from 30 August and the league will conclude on 22 September 2019. The 2019 Euro T20 Slam will feature many popular cricketers like Shahid Afridi, Rashid Khan, Brendon McCullum, Eoin Morgan, Yuvraj, Shane Watson and may more and if you don’t know where to watch Euro T20 Slam 2019 live streaming? or what are the Euro T20 Slam tv channels? then here is the complete post on it.

The 2019 Euro T20 Slam is created by Cricket Ireland, Cricket Scotland and the Koninklijke Nederlandse Cricket Board (KNCB). The league will have six city-based franchise teams and it will be playing in Ireland, Scotland and the Netherlands A total of 32 matches are set to take place between six teams in a double Round-robin format. CHECK: Euro T20 Slam 2019 Schedule There is still no confirmation regarding the Euro T20 Slam 2019 broadcasters from the officials but soon the list will be released.

Here are the six participating teams from the three countries:

India and its Sub-continent: The Euro T20 Slam 2019 matches to be broadcasted on Star Sports Network or Sony Sports Network is not yet confirmed. If broadcasting rights bought by Star India then matches to telecast on Star Sports 1 and if rights bought by Sony then Sony Six to broadcast Euro T20 Slam 2019 live telecast in India and its sub-continent countries such as Sri Lanka, Bangladesh, Bhutan, Maldives, and Nepal.

You’ll need a paid subscription with Hotstar and SonyLiv in order to access the cricket. Visit the HotStar or sonyLiv website or download the app on iOS or Android.

South Africa: Euro T20 Slam 2019 live telecast will be available on SuperSport. However, to watch the matches live online, you’ll need a paid subscription. Just visit the SuperSport SA website or download the SuperSport app on your iOS or Android devices.

UK: BT Sport may get the Euro T20 Slam 2019 live telecast rights in the United Kingdom.