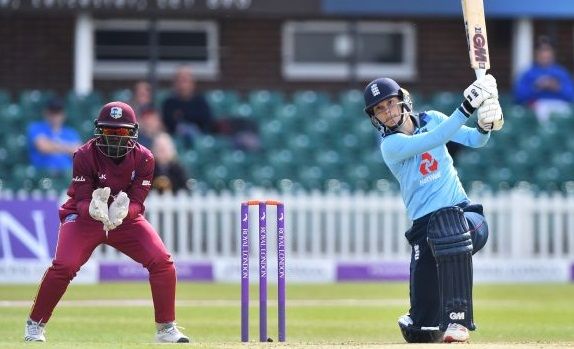 ICC World Cup 2019 match 19 is set to take place between England vs West Indies on June 14 and ahead of the game, here’s England vs West Indies Match Prediction, Playing 11, Live Streaming details. The last match played by England was against Bangladesh on 8th of June 2019. England won the match by 102 runs, courtesy a brilliant 153 off 121 balls by England opening batsman Jason Roy.

England scored their highest ever World Cup total, 386/6 in 50 overs, a record total at the Cardiff Wales Stadium. The English batsmen put up a brutal display of batting. This win helped the team to bounce back from their loss to Pakistan. Out of the 3 matches that they have played, West Indies won 1, lost 1 and 1 match was a draw as it was called off mid-way because of rain. They are currently in the 6th position in the Points Table, with 3 points (Net Run Rate: +2.054).

Wicket-keeper Jos Buttler did not field in the match against Bangladesh after experiencing tightness in his right hip. There has been no updates on Buttler’s condition, so it is safe to assume that he will be playing against West Indies. Jofra Archer has proved to be an asset after being drafted in at the last moment. Moeen Ali should be playing after sitting out the 3rd match. He is an invaluable all-rounder.

A Gayle-storm is necessary for every match that they play. He would definitely be playing if not for an injury. Taking 4 wickets in the match against Pakistan, Oshane Thomas should be playing. Andre Russell, a bankable player with both the bat and the ball, should not be sitting out. Sheldon Cottrell was expensive against Australia but took 2 wickets in the abandoned match against South Africa.

There is a fifty-fifty chance of both the teams winning. England might seem superior at this point but the Caribbeans would not succumb to defeat without putting up a decent fight.