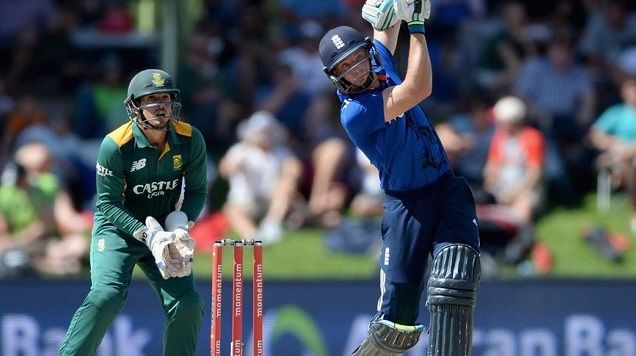 England is all set to visit the Proteas in the month of December for four Tests, three ODIs, and three T20Is. The tour will begin on the Boxing Day, i.e. 26th December 2019 and the final game of the tour will be played on February 16, 2022. South Africa will look to dominate the English side after facing heavy criticism for their performance against India. Hotstar is the official platform to watch England vs South Africa live streaming match online.

Joe Root will likely lead the English side in Test cricket, whereas, Eoin Morgan will captain the team in ODIs and T20Is. For South Africa, Faf Du Plessis could lead the side in all three formats. This tour will be a very crucial one for both the sides as it will help in the selection of the squads for the ICC T20 World Cup 2022. SuperSport to telecast live coverage of the series in South Africa and all matches of England vs South Africa live stream on the SuperSport digital platform. Sky Sports Cricket will provide the broadcast in the UK.

After the ICC Cricket World Cup, the British side has played a total of six Test matches. Out of the six games played, they have won three games and lost two matches. One match has been drawn. The recently held Ashes was on the level. The English side is currently at New Zealand and has won one T20I game of the series.

After the ICC Cricket World Cup, the Proteas toured India in the month of September and October. During the tour, South Africa played two T20Is. They won a game and lost one. In the three test matches, India clean swept South Africa and the Proteas had a poor show in the subcontinent.