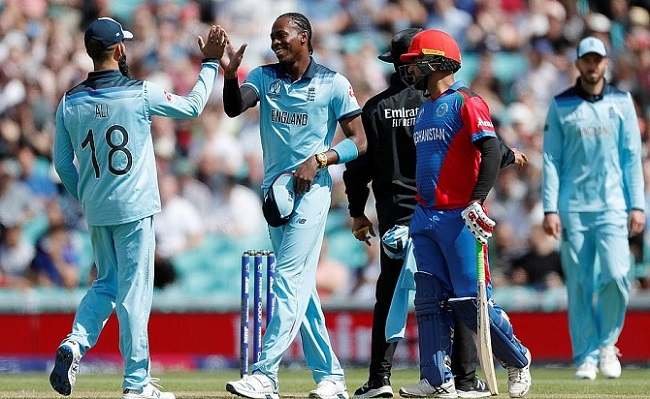 ENG vs AFG Dream11 Team – Check Dream11 Team Player List, England vs Afghanistan Match Prediction Dream11 Guru Tips ICC World Cup 2019:  The last match played by England was against West Indies on 14th of June 2019. England won the match by 8 wickets. Jason Roy scored an unbeaten century. In their match against Bangladesh, England scored their highest ever World Cup total, 386/6 in 50 overs, a record total at the Cardiff Wales Stadium. The whole team is in good form. Their only loss came against Pakistan.

Out of the 4 matches that they have played, England won 3 and lost 1. In the World Cup points table, currently they are in the 4th position with 6 points (Net Run Rate : +1.557). Afghanistan played their last match against South Africa on 15th of June 2019 and was all out for 125. It was a very easy chase for the SA batsmen. The Afghans have been bowled all out in all the matches. The only match where they were chasing was against Sri Lanka but they failed to reach the target. Wicket-keeper Mohammad Shahzad has been replaced in the 15 man squad by Ikram Ali Khil, owing to a knee injury.

Afghanistan has lost all of the matches that they have played and are the only team to do so in the ICC Men’s Cricket World Cup 2019. They are currently in the 10th and last position in the Points Table, with no points (Net Run Rate : -1.638).

Jason Roy has sustained a hamstring tear during their match against West Indies and has been ruled out for England’s next two matches, against Afghanistan and Sri Lanka. Moeen Ali should come in as his replacement.

The Afghanistan team is currently in a state of disarray, not being able to win a single match. The only 2 people to score 50+ runs in one innings each are Najibullah Zadran and Hashmatullah Shahidi.

There is only one possible outcome of this match, England beating Afghanistan.