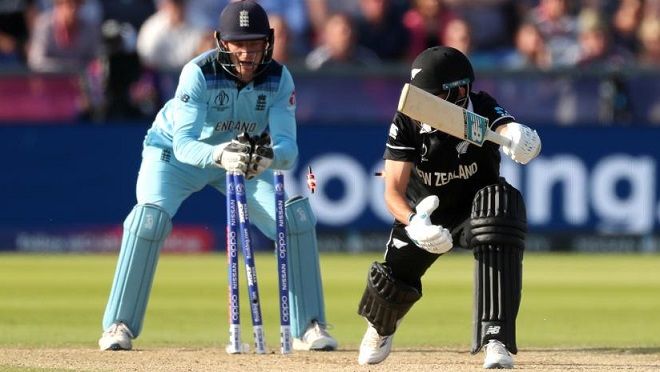 Jason Roy had been injured but he recovered and joined the team. Jofra Archer has been amazing after he was put into the team at the last moment. England has played thrice in the Final of the Cricket World Cup but failed to win even one. Out of 9 matches that they had played in the League Stage, England won 6 and lost 3. They finished the League Stage in the 3rd position with 12 points (Net Run Rate: +1.152). In the 2nd Semi-Final, they won against Australia by 8 wickets.

New Zealand had no issues with injury and had a decent performance in the League Stage. They qualified for the Final match of the World Cup for the 2nd consecutive time.

Out of 9 matches that they had played in the League Stage, New Zealand won 5 and lost 3. The match against India had been abandoned without toss due to rain. They finished the League Stage in the 4th position with 11 points (Net Run Rate: +0.175). In the 1st Semi-Final, they defeated India by 18 runs.

For England v New Zealand live streaming match, you can go to HOTSTAR.com or can download the Hotstar app to enjoy the Cricket World Cup final.

The UK fans can watch the England v New Zealand final on Sky Sports Cricket World Cup and Main Event at 9:30 am (UK time) and the SkyGo app.

If you don’t have Sky, you can watch the match online via NOW TV. Cricket fans who want to watch England v New Zealand live stream free can enjoy it on Channel 4.

New Zealand: While Lockie Ferguson has taken 18 wickets in 8 matches, Trent Boult has taken 17 wickets in 9 matches. The Kiwi Captain Kane Williamson is at no. 5 in the list of the top runscorers this season. The only other person in that same list is Ross Taylor.