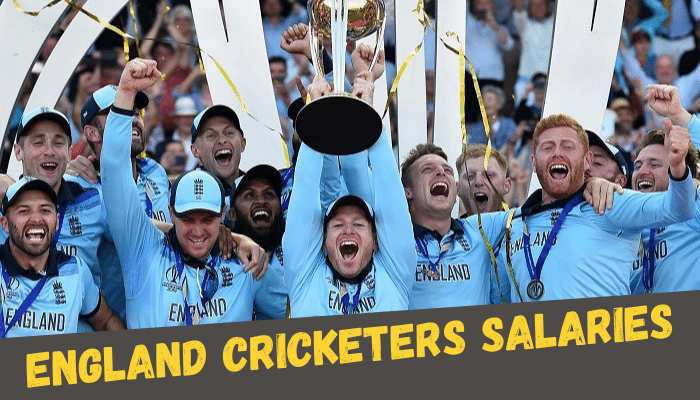 Maiden World Cup Champions England is enjoying the peak of their cricketing years. They have proved to the world that they deserve to be called Champions. England in recent years has produced brilliant players such as Ben Stokes, Jofra Archer, Joe Root, and others. England cricket players salary is based on the central contract by ECB.

England was the founding member of the game and was formed in 1877. They are ranked 4th in Tests,2nd in T20, and 1st in ODI. England Cricket Board (ECB ) is the governing body of England and Wales Cricket since 1997.

ECB each year in September releases a list of contract which includes 3 types of contract for players.

ECB award the contract on a yearly basis and review the contracts each year in September. The Board holds the availability of players who are under central contract i.e. players can’t play for the county or other leagues without ECB’s permission. However player under increment contract doesn’t come under full jurisdiction of the ECB

ECB recently released the list of contract and wages for England cricket players.

Jofra Archer, Ben Stokes, Joe Root, Chris Woakes, and Jos Buttler are the highest earners in the England cricket team, while what comes as a surprise is that Johhny Bairstow has been released from the Test central contract this year due to his poor test form.

While Zak Crawly, Ollie Pope, Dom Sibley have been awarded a contract for the first time in their career. Tom Curran has been promoted as he is handed a white-ball contract from an increment contract last year.