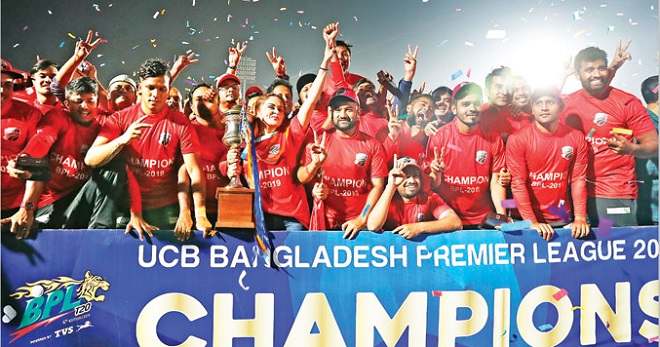 Until season three, there were only six teams but in the season four, the two new teams included in the tournament – Khulna Titans and Rajshahi Kings. So far total eight teams have played in the Bangladesh Premier League but only two teams have lifted the trophy. Let’s see the BPL T20 winners list with runner ups and results. The Bangladesh Cricket Board (BCB) formed the Bangladesh Premier League in 2011 and the inaugural season was played in 2012. BPL is one of the most popular t20 leagues in the world and has helped many young domestic cricketers to showcase their talent and gave the chance to play with international stars.

The current champions Dhaka Dynamites was earlier known by the Dhaka Gladiators. They are the most successful team in the history of the Bangladesh Premier League. Dhaka has won the tournament three times and Comilla Victorians are the only team who won the BPL T20 title in 2015 apart from Dhaka Dynamites.

In the Bangladesh Premier League (BPL) usually take place in November of every year and each team face each other two times in the group round. After the league round, top four teams qualify for the playoffs. In the playoffs, one Eliminator and two qualifier matches are played.

The 2019 edition of BPL T20 is scheduled to start on December 5. Check the BPL T20 winners list after the end of the league.