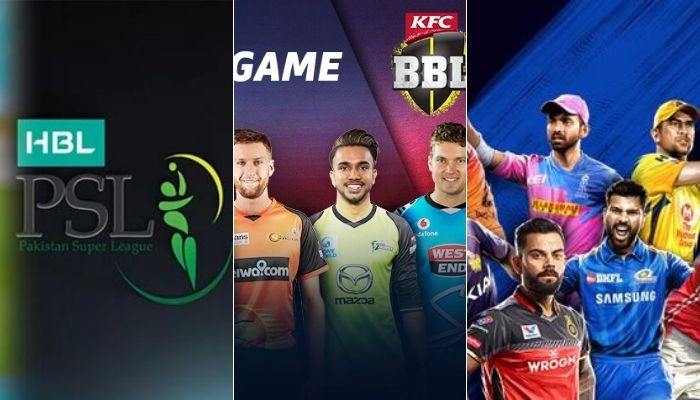 One of the fastest and most thrilling formats of cricket, T20 has gained huge popularity among the masses. This helps in the foundation of some of the world’s biggest T20 cricket leagues. Almost every cricket nation have their own T20 cricket leagues – India’s IPL, England’s T20 blast, followed by Australia’s BBL, CPL, Pakistan’s PSL and Bangladesh’s BPL. Some of the new leagues introduced are Afghanistan’s APL, Mzansi Super League and Sri Lanka’s LPL.

T20 cricket was first introduced in England in the year 2003. The objective of this shorter format of cricket is to earn revenue, but it went on to a hit, and spectators loved this format. Since then, the format has spread worldwide, and now people of all ages and hues love it.

Currently, there are many T20 leagues in the world, and we ranked the world’s biggest T20 cricket leagues based on their popularity, crowd and competitive cricket.

Bangladesh’s domestic T20 cricket league, Bangladesh Premier League, was established in 2011 by the Bangladesh Cricket Board. Good response of crowds and competitive cricket has made it one of the biggest T20 leagues in the world and the 16th most attended sports league in the world.

West Indian cricketers are masters of this format; Caribbean Premier League is a T20 league held by West Indies Cricket Board every year.

The league was popularly known as CPL, the T20 tournament, which is loved by both the viewers and the players. Established in the year 2013, CPL has a total of 6 teams.

Pakistan Super League, also known as PSL, is the fresh T20 league held by Pakistan Cricket Board. Pakistan cricket fans always wanted to be in a league like PSL. The tournament’s 1st first edition was played in 2015 with five teams, and the league became instantly popular among cricket followers.

BBL features a total of 8 teams, two from each of Sydney and Melbourne while one team from each of Brisbane, Perth, Adelaide and Hobart.

Indian Premier League, popularly known as IPL, is undoubtedly the biggest T20 league in the world. IPL is considered as the best step taken by the Board of Cricket Control of India (BCCI) to improve Indian cricket and train the young guys.

The Indian T20 league was initiated with the support of all cricketing boards and is the world’s most-watched T20 cricket league. The reason that international players are attracted to IPL is because of the huge amount of money is involved in this league.