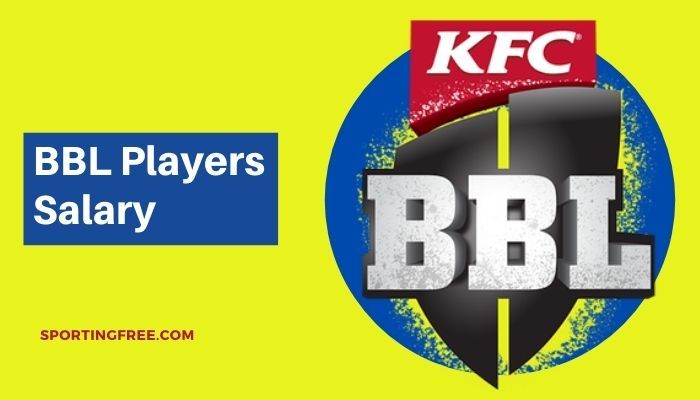 Big Bash is the second most followed premier league in cricket after IPL. The Big Bash League is hosting its 10th season from 10th December 2022 till 6th February 2022. The recent reports by the Cricket Australia revealed the Big Bash Players salary for the 2022 edition.

The league has recently introduced a new rule to allow teams to have 3 international marquee players, thus it’s evident that the league is getting more star-studded and cash studded. Talking about cash do you know who is the highest-paid cricketer in Big Bash League? Let’s find out.

BBL is all set to expand its wallet as the basic salary cap for all the teams is set at a $1.9m salary cap. However, the expenses of the additional third marquee players will be paid outside the salary cap.

Generally, BBL believes in paying a similar salary to players and the basic average salary of BBL players is $42,000. However, since certain marquee players are more valuable than others and even display it in their performances thus they are paid well. Hence, the list of 8 highest-paid athletes is as follows.

One of the best off-spinner for Australia in recent times, Nathan Lyon has claimed the eight spot. The 32-year-old plays for Sydney Sixers and earns $195,600.

Ashton Agar plays for Perth Scorchers and for many it would be a surprise to see him clinching the 7th spot. But it is, what is and the player takes $197,900 back home.

Alex Carey plays for Adelaide Strikers. A fearless batsman and wicketkeeper earn a whopping $199,600 per season.

Chris Lynn plays for Brisbane Heat and is the top scorer since BBL’s inception. Lynn has been named as the player of the tournament twice and definitely deserves the salary cap of $202,000.

Stoinis plays for Melbourne Stars and need not give any justification for being on the list as he very handsomely proved his worth in this year’s IPL. Thus undoubtedly he will a much more important factor for Melbourne Stars than he was in the previous season.

Andrew Tye who failed to make an impression for Rajasthan Royals in this year’s IPL is one of the most valuable assets for Perth Scorchers. The 33 years old famous for his knuckleball earns a whopping $246,800 salary cap.

D’Arcy Short plays for Hobert Hurricane, the 30-year-old was named the man of the tournament in the 2017-2018 BBL League, thus the player is the highest-paid BBL Player with a $258,900 salary cap.

Many might be surprised to see that big names are missing on the list, well it’s due to their unavailability because of India vs Australia series in December 2022.