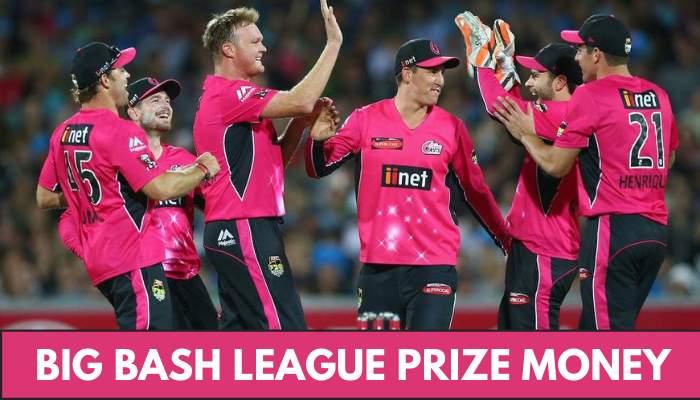 Australia’s Big Bash League is halfway through the season which started on 10th December and will go on till 6th February 2022. 8 teams competing against each other in the double round-robin and top 4 will qualify for the playoffs. The Big Bash League 2022 prize money has not yet been revealed but the BBL winners to receive $450,000 Australian dollars.

Big Bash is one of the most exciting T20 leagues in the world just behind IPL 2022, it has even introduced some way advanced rules and features to the league that can be seen nowhere in the world.

The list of prize money breakdown for the Big Bash league 2022 is as follows.

The Big Bash League 2022 prize money is yet to reveal by the Australian Cricket but as per sources, the winners to get $450,000 Australian dollars.

Highest Paid Players in BBL of Each Team

The defending champions of the Big Bash 2022 are Sydney sixers.  The 2022-21 Big Bash League season or BBL season 10 is the tenth season of the KFC Big Bash League.

The professional men’s Twenty20 domestic cricket competition in Australia, with 61 matches currently being played. The playoffs will start from 29th January 2022 till 6th February 2022.