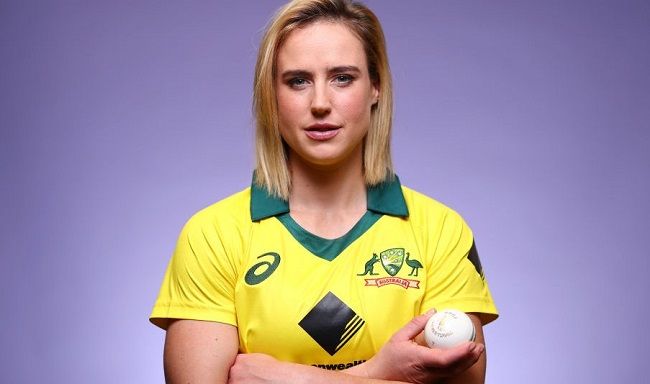 Sports are mostly male-dominated games as the society is male-driven and it’s the women who have to make their way into this system; such is the case in cricket. Cricket is the most followed and played sport in India, but all we know is about men’s cricket and no one gives a hoot to women’s cricket. In modern cricket, women are not far behind men and some of them are even better.

But did you know that the first trace of women’s cricket trace back to 1745, and the Women’s Cricket Association was formed in 1926? yet the females in our country or anywhere around the world fail to get the recognition they deserve. The article features the top 10 best female cricketers in the world right now.

Sana Mir is a former Pakistani cricketer who served as a captain of the Pakistan national women’s cricket team in ODIs and T20Is. She was the first bowler for Pakistan to take 100 wickets in WODIs. She is considered one of the world’s best female cricket players.

She has led Pakistan to two Gold medals in Asian Games 2010 and 2014. She is regarded as one of the best Pakistani bowlers.

Lanning took charge of ODI captain of the Australian cricket team in 2014. At the age of 20, she broke the record of the fastest 50 and fastest 100 in an ODI by an Australian female cricketer. She is Australia’s youngest century-maker.

Mithali Raj is the highest run-scorer in women’s international cricket and the only female cricketer to surpass the 6,000 run mark in Women’s One Day International matches. She is the first player to score seven consecutive 50s in ODIs.

She became the first player from India (male or female) to score 2000 runs in T20Is and the first woman cricketer to reach 2002 WT20I runs. She is the role model for many Indian women cricketers and, right now, one of the best female cricketers in the world.

Mithali is the recipient of several national and international awards, including the Wisden Leading Woman Cricketer in the World in 2017, the Arjuna Award in 2003, and the Padma Shri in 2015, both by the Government of India.

Stafanie hails from Jamaica and is the current captain of the side, and She was the first woman to score 1,000 runs in ODIs for the West Indies. In 2013 Taylor became the 1st player (male & female) to achieve the No.1 ODI ranking in batting and bowling.

Lisa is an Australian cricketer of Indian origin. She is regarded as one of the best all-rounders of the game. She is the first woman to score 1,000 runs and take 100 wickets in ODIs.

Lisa Won the 2013 ODI World Cup with Australia and took retirement from the game.

Katherine is regarded as England’s greatest ever women fast bowler. She was named England women’s Cricketer of the Year in 2006 and again in 2010.

Jhulan Goswami hails from Bengal and is regarded as one of the best Indian women fast bowlers to grace the jersey. She became the first bowler to take 200 wickets in WODIs.

Goswami also won the ICC Women’s Player of the Year award in 2007 and the M.A. Chidambaram Trophy for Best Women’s Cricketer in 2011. Goswami was ranked first in the ICC Women’s ODI bowling rankings in January 2016. She world’s best female cricketer with amazing bowling skills. A biopic on Goswami is in production, which is being portrayed by Anushka Sharma.

Sarah is known for her free-flow stroke play and used to open England’s innings and keep their wickets. She played a huge role in retaining the Ashes in Australia in 2008.

Perry has also been recognized with numerous individual honors, such as winning the Rachael Heyhoe Flint Award twice and the Belinda Clark Award three times while being named one of Wisden’s Five Cricketers of the Decade: 2010–19. Hence she is regarded as the best female cricketer.