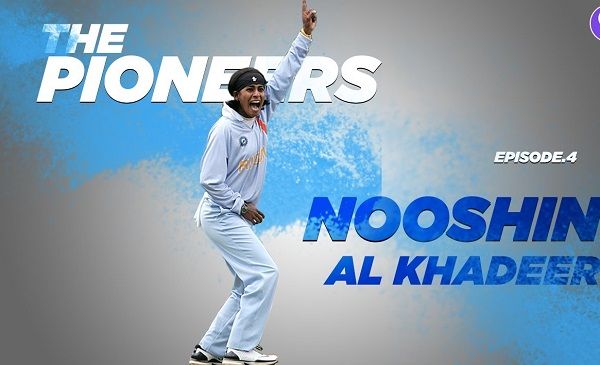 With every passing decade, the game of cricket has seen enormous changes. Like the men’s cricket, there has been an equivalent number of changes in the women’s cricket too over the years. From the batting greats to bowling greats in the modern-day cricket, many great and best female bowlers have graced this game of cricket in the long history of cricket.

In the long history of cricket, if there is one thing that brings the excitement out of nowhere, it is definitely the bowling from many prospects. Where fast bowling bamboozles the batsman with extreme pace, spin bowling has the variations like Dosra, Googly or flipper to make batsman dance on her tunes.

The batsman versus bowling rivalry, not only equal the competition but it also keeps the spectators on the edge of their seats. Having said, let us take a look at the top 10 greatest female bowlers of all time in cricket history.

Without any doubt, former Australia fast-bowling, Cathryn is undoubtedly the greatest fast female bowler in cricket history. She was the first female fast bowler to take 100 wickets in white-ball cricket (ODI). She made her test debut against India in 1991 followed by her ODI debut in 1993 against West Indies.

Cathryn was the part of two successful world cup campaigns of Australia 1997 and 2005. She holds the record of oldest women to take a five-wicket haul in white-ball cricket, at the age of 37 years. She played her last test in 2006 followed by her last ODI game in the same year.

While in March 2007, Cathryn announced the retirement from all forms of cricket. Cathryn has 240 wickets in 122 international matches across the formats with average below 20 in test and ODI.

If there was the best female fast bowler after Cathryn Fitzpatrick, who troubled the batsman with her pace, swing and bounce then she was none other than former team India “Jhulan Goswami”. She is currently the highest wicket-taker in ODI cricket history with 225 Wickets (the most by any women so far in history).

In 2010, She was honoured with Arjuna award followed by Padama Shiri in 2012. At present, Goswami has 321 international wickets in 260 matches average below 22 across the formats. She is at the number two in the list of best female bowlers of all time.

Way before, Jhulan Goswami if there was a single bowler in the Indian bowling line-up who bamboozled the opposition batsman then she was a left-arm orthodox spinner, Neetu David.

With 182 international wickets in 107 games across the formats, Neetu average never crosses 18 and remained under 18 in test and ODI cricket.

She was the first bowler to take 100 wickets in ODI from team India. Currently, she is the chairperson of women selection committee.

Born in India, but played for Australia. Lisa Sthalekar was the former Australia Captain was the first female cricketer to reach 1000 runs and 100 ODI wickets. She was the part of world cup winning campaign in 2013 for Australia. Apart from the bowling, she has great batting skills with 3800 international runs in ODI and Test Cricket average around 30.

While she has taken 229 international wickets in 187 international matches average under 25 across the formats. She announced the retirement from all forms of cricket in 2013 after Australia became the champions of women’s cricket world cup.

The current captain of West Indies women’s cricket team is one of the best bowlers to play cricket from West Indies. With almost 200 wickets average below 20 across the formats define her bowling skills from many prospects.

The former England right-arm medium-fast bowler. Gunn has taken 223 wickets in 245 international matches across the formats in her career and average below 28. She was also the part of world cup winning campaign of England in 2017.

While in 2018, she was the first cricketer in the male or female category to feature in 100 T20ls games. In 2019, she announced the retirement from all forms of cricket.

Another player from India, who was very consistent throughout his career in her bowling variations.

Born in Karnataka, she made her ODI debut against England in 2002, followed by her test debut against New Zealand in 2003. Within the year of ODI debut, she was ranked number 1 best female bowlers in the ICC ranking in 2003.

The most complete cricketer would be a right tag for the Ellyse Perry. With 297 wickets in 238 international matches across the formats and average below 25 in three formats of cricket deserve the place in this list without any perception. She is not just one of the greatest female bowlers but also the greatest female cricketers of all time.

She made her ODI debut against New Zealand in 2007, followed by her test debut against England in 2008 has many accolades for her bowling and batting performances in the world cups.

The current captain of South Africa women’s cricket team Dane Van Niekerk from his country to reach 100 wickets in white-ball cricket. Dane Van is a leg-spinner who made ODI debut against West Indies in 2009, followed by her test debut against India in 2014.

With 168 wickets in 143 international matches average below 18 in ODI and T20ls. She is also the first South Africa women to take a hat-trick in ODI against West Indies. In 2017, she was honoured and featured with the player in ICC women ODI team of the year. She deserves to be included in the list of best Female bowlers.

At last and without any doubt, the great female Off-Spinner from Pakistan deserve the place in this list. Sana Mir was female bowler from Pakistan to take 100 wickets in white-ball cricket. She was also the captain of his side in ODIs and T20ls.

She made her ODI debut against Sri Lanka in 2005, followed by her T20l debut against Ireland in 2009. With 240 wickets in 226 international matches, Sana Mir average below 25 in ODIs and T20ls. In April 2022, she announced the retirement from all forms of cricket.