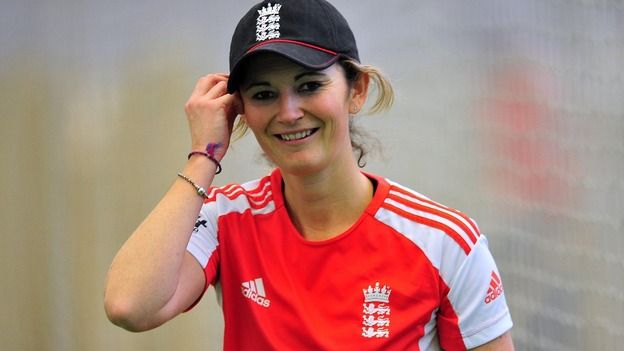 Cricket has a long history of being a gentleman game played among male cricketers only. But since the 1900 century, cricket has brought another aspect into the gentleman game of cricket. The new form of cricket with even female players could participate and play cricket for their national sides of respective nations. Here is the list of top 10 best female batsmen of all time.

From Belinda Clarke to Fitzpatrick to Mithali Raj; Sarah Taylor to Smriti Mandhana world cricket witnessed many great female batsmen who have graced this game of cricket.

With cricket being more professional after every passing decade this women cricket has a lot of transformation. The women cricket is way different from the men cricket, as the boundary lines are shorter and the weight of the ball is lighter.

Women cricket has three formats like T20l, ODIs and Test cricket for the players to establish themselves as the cricketer. Let us take a look at the greatest female batsmen of all time in the world.

One of the greatest female batsman in the Indian cricket history. With over 8000 runs in the international cricket, Mithali Raj has been phenomenal since ODI debut against Ireland at the age of 19, when she scored unbeaten 114 runs.

She made his test debut against South Africa in 2001 at Lucknow. In the third test match, Mithali Raj surpassed the previous record of highest test individual score of Karen 209* while scoring 214 against England.

As a captain, she led the Indian women team to the finals of women cricket world Cup 2005, where they eventually lost to Australia. So far in history, Raj is the only captain while leading the team for most of the times in ODIs and T20ls.

In 2003, she was honoured with Arjuna Award and fans also considered her as one of the best female cricketers of all time. In the test cricket and one-day cricket, she has averaged over 50 while in the T20ls average 37.

At the second place, it is definitely the best women wicket-keeper batsman the game of cricket has witnessed. Taylor holds the record of a fastest female batsman to complete 1000 ODI cricket. Wicketkeeper by profession, Taylor opened the batting for England on many occasion and led his to famous victories against Australia.

With over 6000 international runs across the format, Taylor has been one of the most successful batsmen in the England cricket history. Taylor was the part of the team who won T20l world Cup in 2009 and 2019. She surely deserves the number 2 spot on the list of top 10 best female batsmen of all time.

The former Australia batsman who played from 1991-2005. Clarke was the first-ever cricketer to score double hundred in the limited-overs cricket in 1997 (the fact very fewer people knows). Known for the aggressive batting, Clarke led Australia to become world cup champions twice.

With over 5500 runs in the international cricket, Clarke average over 45 in ODIs and Tests. Clarke held the record of double hundred for almost two decades in the limited-overs cricket and the leading run-scorer for Australia in the ODIs. With all this remarkable achievement, it will be unfair not give here third place on the list of top 10 best women batsmen of all time.

Way before Sarah Taylor, if there was the cricketer who transformed the image of England women cricket then it was Charlotte Edwards. She was the youngest women to captained England at the age of 17.

England women cricket has witnessed a massive amount of success under the phenomenal captaincy of Charlotte Edwards. Three Ashes title, World cup T20l and 50-over world cup all came in the Edwards captaincy times.

Way before Suzie bates, if there was the superstar in New Zealand women cricket then it was Debbie Hockley.

Probably, one of the best greatest female batsman produced by New Zealand after the great Debbie Hockley. Currently, She is leading run-scorer for New Zealand in ODIs after surpassing the Debbie Hockley record of highest runs in 2018 against Ireland. Bates also represented New Zealand in Basketball during the 2008 summer Olympics.

With over 7000 international runs in ODIs and T20ls for New Zealand. Bates average over 40 in ODIs while in she is the highest run-scorer in the history with 3214 runs passing former great Charlotte Edwards tally of runs (2605).

The former Australia captain and the left-handed batsman was the part of two world cup winning campaigns of Australia. With over 6000 international runs across the formats, Karen Rolton average never came below 47 in the entire career.

While in 2006, She was appointed as the captain after Belinda Clarke captaincy tenure was over. While in 2010, she announced the retirement from the cricket after playing for 14 years.

Without any doubt, she deserves the place in this list after holding a number of records while playing for West Indies team since her debut in 2008. In 2011, She was honoured with ICC cricketer of the year (the first-ever female cricketer from west to receive this award). Taylor was first West Indies female cricketer to score 1000 runs in ODIs.

The current captain of West Indies women cricket team has scored over 6000 runs in the international cricket in the ODIs and T20ls. Apart from the batting abilities, Taylor has taken 198 wickets in 195 international games. The all-round performance of her forced us to give her number 8th spot on the list of top 10 best female batsmen of all time.

The former England top-order aggressive batsman was the vital cog of England golden era alongside Charlotte Edwards. She was the first-ever female cricketer to receive the honour of Wisden Cricketer of the year.

With over 5500 international runs across the formats, Taylor was honoured in 2007 and 2008 with ICC women cricketer of the year once again. After such impressive accolades, She deserves the place on this list.

It’s difficult to choose as there is a number of other great batsmen who deserve this spot but Ellyse Perry will take away this spot after many accolades for her batting performances while playing for Australia. She’s first women to represent Australia in cricket and football world cups.

With over 5600 international cricket runs, across the format Perry career average never come below 50 in a test or ODI cricket. She showed everyone that women are not far behind men as well deserve the 10th place on the list of top 10 greatest female batsmen of all time.