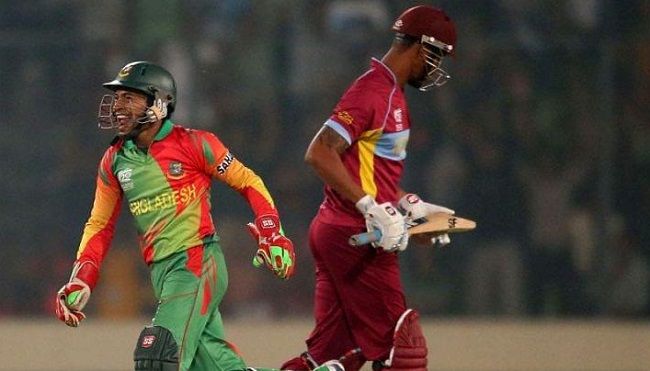 Bangladesh vs West Indies LIVE: How to Watch BAN vs WI Online or on TV

West Indies tour of Bangladesh 2022 cricket series is concluding with 2nd Test, the visitor Windies leading the Test series with 1-0 and now its time for the final test which are part of the World Test Championship. TSports is broadcasting all the matches in Bangladesh while Star Sports network channels to telecast in India. Tsports app and Hotstar are the platforms to go for Bangladesh vs West Indies live streaming online.

CLICK HERE to watch BAN vs WI live cricket match. The Bangladesh Cricket Board (BCB) recently sold the Bangladesh vs West Indies live broadcast rights to Ban Tech marketing agency for $2.1Mn but it’s not yet confirmed the weather the matches will telecast in India or not. FanCode in talks with BCB to grab the WI vs BAN cricket match streaming rights in India

As many players have opted out of the series, West Indies Cricket Board has named Kraigg Brathwaite as captain for the Test side while Jason Mohammed to lead the ODI side in the absence of captain Jason Holder.

The Tigers has named Shakib Al Hasan in the Bangladesh’s ODI and Test squads for Bangladesh vs West Indies series. The West Indies to start the tour on January 20 and the series will end on February 15.

There is good news for Indian cricket fans as Star Sports to live telecast of BAN vs WI cricket match in India as well as Bangladesh vs West Indies live streaming is available online on Hotstar.

Fans will need to have a subscription of Hotstar app or website to catch the BAN vs WI live cricket match on their mobile, tablet devices and smart TV. So, get the Hostar subscription and watch Bangladesh live match online.

Cricket crazy fans can catch the live stream of Bangladesh vs West Indies match online on the TSports app and website. TSports has bought the internet rights of the tour in Bangladesh.

To keep a check on Wi vs Bangladesh live cricket scores then there are many options for cricket lovers such as SportingFree, Cricbuzz, ESPN Cricinfo, and official websites of the teams.

West Indies tour of Bangladesh twill kick-off with the ODI series at the Shere Bangla National Stadium, Dhaka on January 20. The 2nd ODI and 3rd ODI match to be played at the same venue on January 22 and January 25 respectively.

Both the sides will face each other in the Test series from February 6. Here’s the complete schedule and match fixtures for the Bangladesh vs West Indies 2022 cricket series: