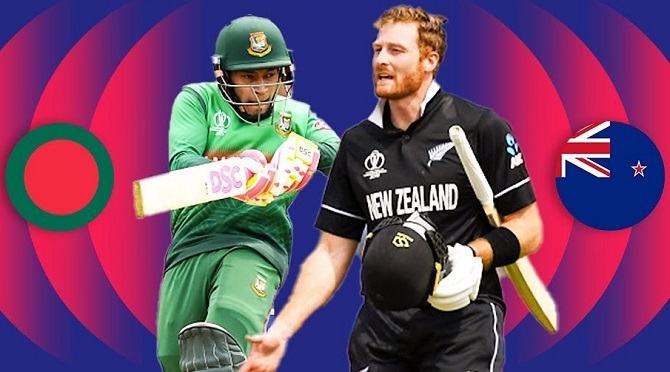 The tour was supposed to take place in October but following the general wave of cancelling events due to COVID, the series got postponed for next year.

New Zealand will host Bangladesh for 15 days at multiple venues between 13 March and 28 March. The 3 ODI will be played first and those 3 ODI’s will be a part of the inaugural 2022–22 ICC Cricket World Cup Super League.

For those wondering what an ICC Cricket World Cup Super League is then it’s basically 13 teams play the ODI series against each other over the course of 2 years and by the end of 2022 the top 8 teams will qualify for the 2023 Men’s World Cup.

Bangladesh Board Of Cricket recently confirmed that they will host West Indies in January, and New Zealand will host Pakistan from 18th December.

Hence both the teams have released their squads for their current tours but not for the one against each other.

Head To Head – Bangladesh Vs New Zealand in ODI and T20

What might be shocking to some and not so shocking for some is that New Zealand has faced Bangladesh 7 times in T20’s and Bangladesh has never managed to defeat the black caps.

When it comes to ODI’s, both the teams have faced each other 35 times out of which New Zealand has won 24 times and Bangladesh a mere 10 times out of 35 times they met and 1 match resulted in no result.

Hence the series would be a tuff one for Bangladesh as they would look to mark their impression out of their home and get into the top 8 of ICC world Cup super league as they sit on 9th position currently.