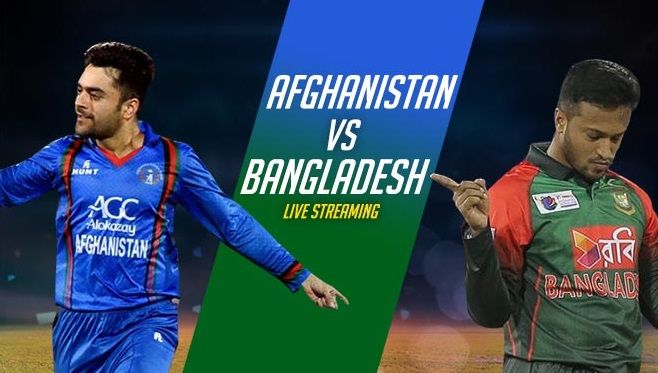 Star Sports to broadcast Bangladesh vs Afghanistan live match in India while Hotstar to have BAN vs AFG live streaming online. The final match of the tri-nation series between Afghanistan, Zimbabwe, and Bangladesh will be played this Sunday. The two teams that have qualified for the final are Bangladesh and Afghanistan.

The Tigers have defeated Afghanistan in the 6th match of the series by four wickets. Bangladesh dominated Afghanistan and looks determined to win the title. Shakib-Al-Hasan won the man of the match award for an all round performance. Batting first, Afghanistan put up a total of 138 runs for the loss of 7 wickets in their 20 overs. They kept losing wickets at regular intervals. Hazratullah Zazai was the only Afghan to impress with the bat. He played a crucial inning of 47 runs to take the team towards a respectable total.

In response, the Bangla tigers chased the target in 19 overs with 4 wickets in hand. Shakib-Al-Hasan played a quickfire knock of 70 runs off 45 balls to cross the finish line. Though Bangladesh also lost wickets at regular intervals, Shakib played a pivotal role in reaching the target. Below we will see the match prediction for the final game of the tri-nation series.

Shakib and Mushfiqur will definitely be a part of the squad. Apart from them, Afif Hossain and Mohammad Saifuddin showed good performance in the last game. They will also likely be included in the playing XI.

Hazratullah Zazai had a good game with the bat. Rashid Khan and Mujeeb-Ur-Rahman will surely be a part of the playing squad in the final. Apart from them, Rahmanullah Gurbaaz and Shafiqullah could also make the cut.

Bangladesh team has performed strongly and has played good cricket all-round. The team has looked intense in patches and has outplayed the opposition on multiple occasions. The Bengal tigers have played more or less as a unit and have excelled in almost all the departments. Afghanistan, on the other hand, is a young team but has portrayed great potential in all its games. Bangladesh seems to head towards clinching the tournament final.

Gazi TV (GTV), Maasranga TV and BTV to have the live telecast of the final match on television in Bangladesh. Online cricket fans can watch Bangladesh v Afghanistan T20 live streaming on Rabbitholebd through its app and the website in Bangladesh.

Star Sports who has the broadcast rights of the match will provide online streaming via Hotstar app and website in the Indian subcontinent.