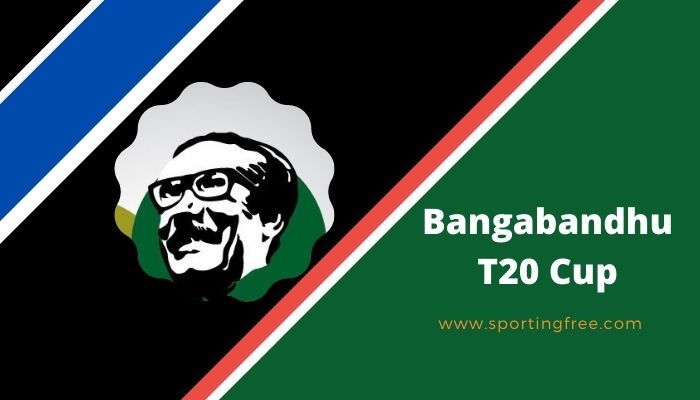 The tournament is arranging by the board to celebrate the birth centenary of the Father of the Nation Bangabandhu Sheikh Mujibur Rahman. The tournament is featuring five teams and all the popular cricketers of Bangladesh are said to participate.

The board has officially revealed the schedule for the upcoming tournament of Bangabandhu T20 Cup. The league opener is between Beximco Dhaka and Minister Group Rajshahi and Fortune Barishal and Jamcon Khulna on November 24.

All the matches are expected to be played at the Sher-e-Bangla National Cricket Stadium.

Every day two matches are scheduled to play in the competition with one day rest in between the games. The first match to kick off at 1:30 pm while the second match is set to begin at 6:30 pm.

As per the Bangabandhu T20 Cup 2022, each team will play against each other twice in the group stage with four teams to reach playoffs.

BCB is excited about the T20 tournament as Bangladesh Premier League 2022 has been postponed due to coronavirus pandemic. This the second competition as 50-over tournament BCB President’s Cup took place in Covid-19 period while Dhaka Premier League has been suspended which is an important part of Bangladesh cricket calendar.

The five-team tournament squad is announced by the BCB.

Mushfiqur Rahim, Shakib Al Hasan, Mustafizur Rahman and Tamim Iqbal are the four players are in Grade A and they will receive BDT 15 lakh (US $17,700 approx) for the tournament.

Many big cricketers such as Mashrafe Mortaza and Shakib Al Hasan are set to play in this T20 competition.

The T20 tournament is an effort by the BCB to bring cricket in the country. BCB President’s Cup was an another effor by the board which took placed between Mahmudullah XI, Nazmul XI and Tamim Iqbal-led Tamim XI.

The more information about the Bangabandhu T20 Cup 2022 will be announced by the BCB in coming weeks as same will be updated here.