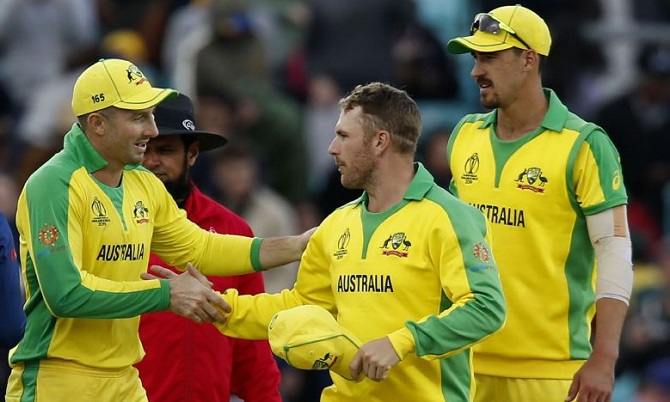 AUS vs BAN Dream11 Team – Check Dream11 Team Player List, Australia vs Bangladesh Match Prediction Dream11 Guru Tips ICC World Cup 2019: Australia played their last match against Sri Lanka on 15th of June 2019 and won it as the Lankans were unable to chase the target. The Aussies only loss came against the Indians. They won their matches against Afghanistan, West Indies and Pakistan.

Out of the 5 matches that they have played, Australia won 4 and lost 1. Currently, in the Points Table, they are in the 1st position with 8 points (Net Run Rate: +0.812). After losing 2 matches back-to-back, Bangladesh won the last match that they played. It was on the 17th of June 2019, against West Indies. Against England, team Bangladesh failed to chase the huge amount of runs put up by the opponent. New Zealand had chased and reached the target set by Bangladesh. Their first win had come against South Africa.

Out of the 5 matches that they have played, Bangladesh won 2 and lost 2. The match against Sri Lanka was abandoned without toss due to rain. In the Points Table, they are currently in the 5th position with 5 points (Net Run Rate: -0.270).

Bangladesh: Shakib Al Hasan has been the most consistent player of his team, proving again and again why he is the no. 1 all-rounder in ODIs. He scored 2 centuries, one against England and one against West Indies. West Indies batsmen Chris Gayle and Andre Russell were out for a duck against Bangladesh.

Although Australia is a much stronger team than Bangladesh, the latter will give their all to win the match and move towards booking a semi-final slot.