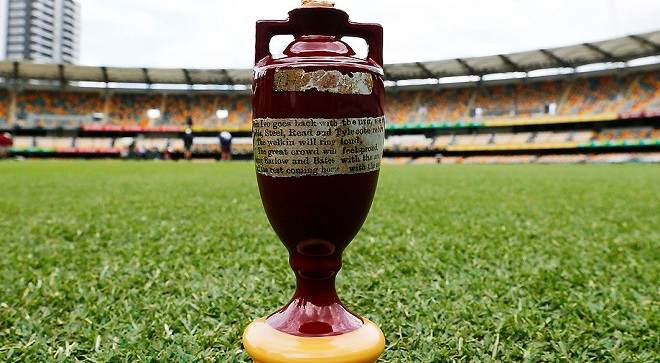 The England and Wales Cricket Board (ECB) announced the Ashes 2019 schedule, the Ashes Test cricket series between Australia and England to be held from August 1. The five-match test series will take place at the Edgbaston, Lord’s, Old Trafford, Headingley and The Oval and for the first time, the Ashes will be part of World Test Championship.

The Ashes is the oldest cricket series between England and Australia since 1883. It is one of the most popular and important series in world cricket. The last Ashes was won by Australia but England will be hoping to take revenge at their backyard. The first Test match taking place in Edgbaston on August 1 while the second Test to be played from August 14 to 18 at the Lord’s.  The 3rd Ashes 2019 Test match to take place at Leeds’ Headingley ground from  August 22 to 26.

The fourth Test match to take place from September 4 to 8 at Manchester’s Old Trafford while the fifth and final Test to be held at the Oval, London from September 12 to 16.

How to watch The Ashes 2019 live stream

Viewers can watch all the matches of Ashes 2019 live on Sky Sports while online Sky Sports subscribers can able to stream the matches via the SkyGo and Sky Sports apps. In Australia, Fox Sports have the rights to broadcast the matches on television.

Indian cricket viewers can watch all the matches of Ashes 2019 live telecast on Sony Six.

How to buy tickets for The Ashes 2019

The Ashes 2019 tickets can be purchased from the host grounds or if in case, it is closed then you can buy Ashes tickets, from ECB website.

What are Team Squads for The Ashes 2019

The team squads of Australia and England for the Ashes 2019 to be announced after the world cup 2019.