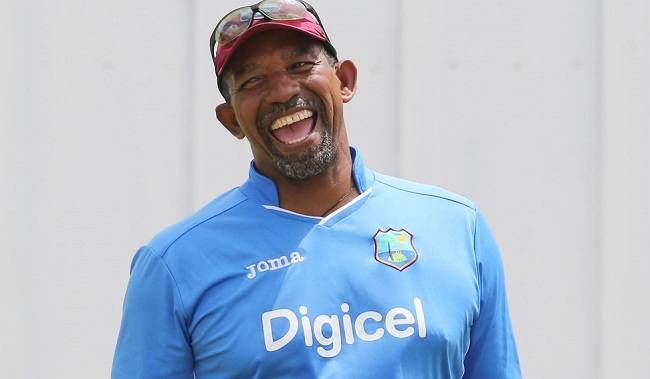 Coaches in cricket are as instrumentals as the players playing on the field. A team without a good coach is a team with good individuals, but they lack as a team, hence to put a bunch of talented cricketers to play as a team, there is where a coach is required and beneficial. As per latest reports, cricket coaches salary has been increased compared to the last couple of years.

Coaches always stay under pressure and play a big role in deciding strategies, but do you know much do these international cricket coaches earn? who are the top 10 highest-paid cricket coaches in the world? Let’s see the details information on cricket coaches salaries.

Lalchand Rajput is a former Indian player, although he played just 6 matches in all formats for the country. But his managerial career is way better than his playing career as Rajput was the manager of the 2007 T20 World Cup-winning squad. He also managed India A briefly and then coached Afghanistan in 2015-16 and during his tenure Afghanistan gained a full membership at ICC.

In 2018, he joined as the head coach for Zimbabwe’s national cricket team, and as per the reports he is earning 35.8 Lakh per annum.

Phil Simmons is one of the most experienced coaches in the world. He played for West Indies and upon retirement, he joined Zimbabwe as their head coach. Then he went on to coach Ireland, making him the longest-serving coach in international cricket as he coached 224 matches with them.

Simmons then coached West Indies in 2016, taking them to the glory of the 2016 T20 World Cup, however, he then chose to be Afghanistan’s batting coach, before returning as West Indies head coach in 2019.

Mark Boucher is definitely one of the best wicketkeepers in the history of the game. In 2019 he was appointed as the coach of South Africa and as per the reports he earns a whopping 1.05 Crore per annum for his job, which makes him the 8th highest-paid coach in this world.

Russell Domingo was born in South Africa, and his first coaching role was also for the proteas. However, in 2019, he was appointed as the head coach of Bangladesh. Domingo has a 2-year contract with the tigers and is reportedly earning 1.29 Crore per annum.

Micky Arthur is one of the most successful coaches in the world, born and brought in South Africa, failed to make an international debut, however, was appointed as Proteas coach for his first managerial role. Micky then coached Australia and Pakistan. He led Pakistan to the famous 2017 ICC Champions Trophy.

Arthur joined Sri Lanka as their head coach in February 2023. He is reportedly paid a whopping 3.44 Crore for his role.

Chirs Silverwood is relatively new to the coaching world, he previously managed Essex, whom he promoted to the First Division of the County Championship, followed by them winning the competition in 2017.

He was then appointed as England’s bowling coach in 2018 only to be promoted as their head coach in 2019. Silverwood earns a massive salary of 4.65 Crore to make him the 3rd best-paid coach in the world.

Justin langer needs no introduction when it comes to him as a player. But when it comes to coaching, Langer joined as interim coach for Australia in 2016, however, he was appointed as a full time to coach the Aussies.

Langer earns a whopping 4.6-5 Crore per annum which makes him the 2nd best-paid coach in the world.

Once again it proves that BCCI is the richest board in the world as Ravi Shastri is the highest-paid coach in the world as he earns a whopping 9.5-10 Crores per annum to coach India.

Shastri was appointed as the head coach of India in 2017, where he earned 8 crores per year. In 2019, Shastri was re-elected as India’s coach for 2 years and at a salary of 9.5-10 Crores per annum.

Disclaimer: The above facts and figures about the all cricket coaches salary are based on the analysis, research and reports released by the respective cricket boards.