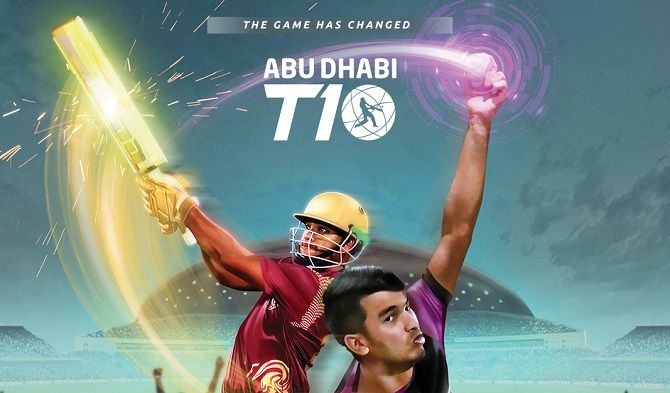 Abu Dhabi T10 League Live Streaming 2022: Catch the all the live action of Abu Dhabi T10 across the world from 28th January to 6th February 2022.

Abu Dhabi T10 League 2022 is scheduled to take place from today, January 28 while the final to take place on February 6. Sony Six and Sony Ten 3 to broadcast live coverage of T10 Cricket League 2022 in India and its subcontinent (Sri Lanka, Afghanistan, Nepal, Maldives, and Bhutan) countries. All the matches will be streamed live in the Indian subcontinent on SonyLiv (Website, App).

Reliance Jio Infocomm has signed a two-year deal with T10 Sports Management to live stream the T10 League to its 330 million Indian subscribers on its JioTV platform. Sony Pictures Networks India (SPN) already has television and digital rights for the league and Reliance Jio will air Sony LIV’s feed on its service.

FreeSports has acquired the UK television rights to broadcast the T10 Cricket League 2022. FreeSports will broadcast tournament live coverage in the United Kingdom. All the matches to take place at the Sheikh Zayed Stadium in Abu Dhabi.

Cricket viewers in the United States can watch T10 Cricket League on Willow TV while ATN Cricket Plus and CBN to telecast tournament in Canada.

T10 Cricket League 2022 is the fourth edition of the T10 League. The matches will have a 10-over-a-side format with a time duration of 90 minutes.

The tournament will be played in a round-robin format followed by semifinals and the final. It will be played from January 28 to February 6 at the Sheikh Zayed Cricket Stadium in Abu Dhabi.

The tournament consists eight teams which have been divided into two groups equally.

The International Cricket Council (ICC) sanctioned tournament broadcast rights to above listed channels and if you still have the query regarding the Abu Dhabi T10 League 2022 live streaming then you comment below.