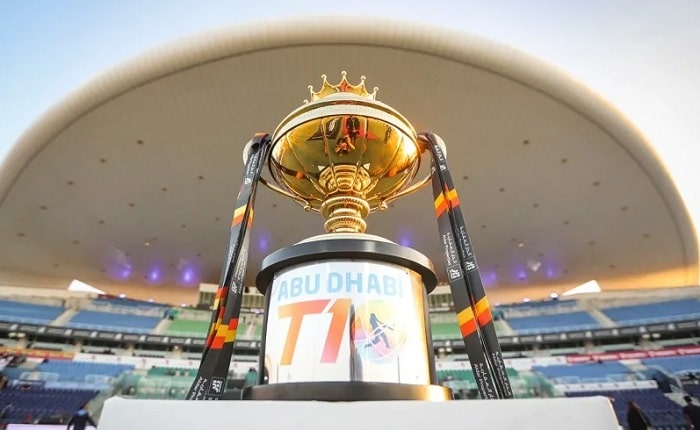 T10 League is a franchise cricket league played in the United Arab Emirates. The league is a part of a newly introduced format of cricket where the matches are played for a short format of ten overs per innings. The 2022/22 T10 league will be the fifth edition of the tournament. Abu Dhabi T10 League 2022 schedule is set to begin on 19 November 2022. The tournament will be played from 19 November to 4 December 2022. Here’s when and where to watch Abu Dhabi T10 live streaming in your Country

The fifth edition of the T10 league will feature 8 teams.

Abu Dhabi T10 league will have a round-robin format in the preliminary stage, followed by the play-off round.

Sheikh Zayed Cricket Stadium in Abu Dhabi will host all the 2022/22 T10 league matches. The Abu Dhabi T10 League 2022 schedule is set to be played from November 19 while the final match is to be played on December 4.

Who is the defending champion of T10league?

Northern Warriors is the defending champion of the tournament

Which is the most successful team of the T10 league?

Northern warriors are the most successful team, having won the tournament twice- 2018,2021.