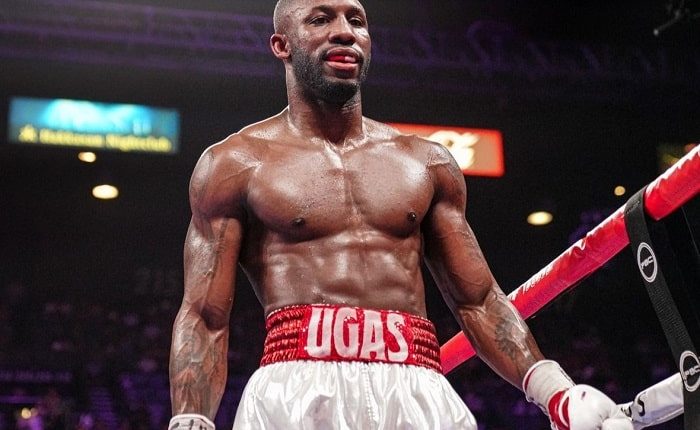 Yordenis Ugas is a Cuban international professional boxer. The 42-year-old is the current WBA (super) welterweight champion. He previously held the WBA (regular) welterweight champion before being elevated to super champion in January 2022. Before turning professional, he, as an amateur, won gold medal 2005 world championship and bronze medal at the 2008 Beijing Olympics. The boxer is set to fight Manny Pacquiao to bag the career’s highest paycheck. Yordenis Ugas’s net worth is likely to increase after the payout from FOX.

As of November 2022, he is ranked as the world’s fifth-best active welterweight by the Transnational Boxing Rankings Board and seventh by The Ring magazine and BoxRec. Here are the details about Yordenis Ugas boxing records, earnings, family, net worth etc.

As per the sources, Yordenis Ugas has a net worth of around $15 million. Cuban international major share of earnings is from boxing.

Born in Santiago de Cuba on July 14, 1986, Yordenis Ugas was into boxing from a young age. He made his amateur boxing debut in 2003. His first tournament was the U17 (cadets) world championship. He won the title. After competing in the featherweight, he moved up to lightweight in 2005. Ugas won the Cuban Championship for four consecutive years, i.e. 2005 – 2008. The Cuban didn’t look back and won the Olympics bronze medal in 2008.

In the year 2010, he made his professional debut against Dino Dumonjic. Ugas won the fight via unanimous decision. He had a winning streak of 10 fights that Johnny Garcia broke on 23rth March 2012.